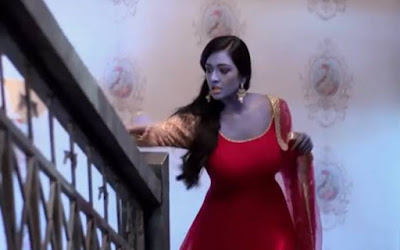 Vishkanya are tall and thin humanoids who can pass for human at a glance, but their skin is made up of fine scales, their tongues are forked and they have pupil-less eyes. Vishkanya can secret a toxin through their blood and saliva which can sicken those who come in to contact with it, and have a reputation for being deadly to the touch (though this is a myth propagated by their cultural affinity for poisons). Although it is conventional that vishkanya are women, some worlds may have male vishkanya as well.


Wiki on the Origins of Poison Maidens

Toxic Venom (+1): Vishkanya emit a toxin through their blood and saliva that affects most other creatures on contact with the poisoned condition. The vishkanya can apply this effect to their weapons as an action during combat by licking their blade or dipping it in vishkanya blood. The poison requires a Vigor check to avoid suffering a -2 penalty to all checks for 2D6 rounds. Vishkanya can do this as many times per day as their own Vigor score.

Stealthy(+1): the vishkanya start with a D6 in Stealth due to their inherent serpentine origins.

Poison Resistant (+1): Vishkanya get a +2 bonus to any vigor roll to resist a poison effect.

Outsider (-1): -2 Charisma; Vishkanya are regarded as outsiders and not to be trusted. They are popularly believed to kill on contact with their skin, which despite being false means they are usually forced to live in the slums and shanties of larger communities. While they can work to disguise their serpentine features to pass for human, many regions will mark such trickery as punishable by death, enslavement or imprisonment.

Infravision (+1): Vishkanya have naturally better sight in darkness due to their serpentine origins.

Blooodthirsty (-2): Vishkanya have earned their reputation as assassins. As a race they are prone to cunning, serpentine bloodthirstiness and it is against their predatory nature to take prisoners. 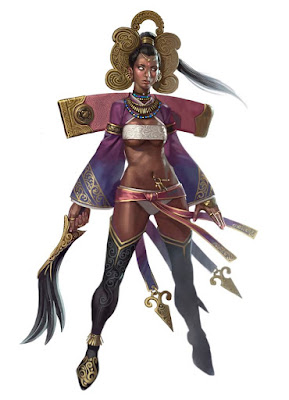