Travels in Hyperreality and Mogworld

Thought I'd get some sort of blog out today, cap off November. I have nothing in the can right now, will have to take some time this weekend to see what sort of theme or focus I want to work on for blogs in the coming months...the miserable, gloomy, holiday-ruptured Winter Is Nigh months. Woo hoo...!

I've been reading a lot of books lately...all at the same time, which makes expedient completion of singular tomes slow going. Still, some really good books. I set up some apps on the blog to the right of the text to show off some of the better stuff, which I thought I'd talk about.

I'm still plowing through Umberto Eco's Travels in Hyperreality, which is a great book for those interested in the concept of hyperreality, which I really hadn't delved much into before, but the short premise is that he takes times to analyze the many ways that we effectively reconstruct or remodel reality in ways that feel somehow more "real" or focused...from art, to museums, to film and performance. Interesting book.....if you are, like me, into reading about the philosophy of postmodernism and existentialism, you may find this one rather enjoyable. Eco is also a professor of semiotics, and his other books on the subject are equally fascinating.

I couldn't find Travels in Hyperreality on the Nook, so I am actually reading the dead tree edition. 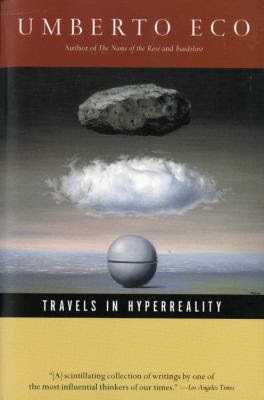 I am also devouring Mogworld by Yahtzee Croshaw, who you may know of if you are A: into video games, B: like snarky humor and criticism, and C: have ever watched his show Zero Punctuation, where he scathingly skewers the latest video games with his rusty barbed wit. His book, Mogworld, is about a young magician's apprentice who perishes (more or less immediately) in the middle of a barbarian attack on his college of sorcery, and awakens some years later as a recently resurrected undead by an aspiring but not overly competent necromancer. As it turns out, this is but the first of many deaths as the apprentice's journeys take him through a land of fantasy that operates on rules suspiciously close to the worlds of MMOs. Anyway I've been having a hard time putting it down and may talk more about it when I finish, it's really one of the first good, fun fantasy reads I've found in a loooong time. I'm reading Mogworld on the Nook, and I have also picked up his second novel, Jam, which also sounds awesome (the apocalypse world-ending event that NO ONE expected...and it involves jam.)

If you haven't seen them, check out his reviews at The Escapist here.
Posted by Doctor Futurity at 6:00 AM