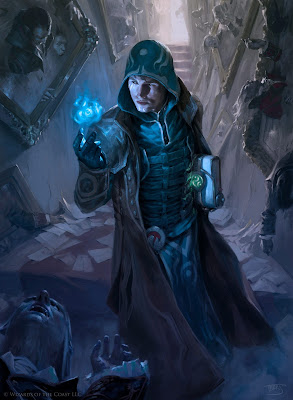 The Mystery of the Hallowed

Among the many tribes of humans throughout Ensaria, hidden in enclaves around the world of Ensaer, are humans known as the Hallowed. The Hallowed are ordinary men and indistinguishable on the outside from any other common human, but they hold a very special heritage: the Hallowed have kept to themselves over the eons, and have maintained a tradition of close intermarriage within their clades, refusing to commingle with what they consider the “common genotype,” or the “baseline” as their old records refer to it.

The Hallowed are actually the descendants of the last of a breed of ancient human who had uplifted their kind, genetically modifying themselves to be resistant or immune to most diseases of the old era (this immunity has been diminished over the eons, however, as diseases mutated with time), as well as aging (Hallowed can live three or more centuries). They enhanced all elements of their genotype to reflect the peak of performance and function. In this lost era, when the colonial world of Ensaer fell to the control of other-dimensional invaders, a small number of these genetically enhanced survivors banded together and began a strict cultural tradition that insured their genetic traits would continue. In this first generation a series of strict protocols were put in place my means of genetic tags that would encourage future generations to interbreed and remain true to the Hallowed heritage.

Over the course of twenty-seven thousand years, due largely to the inherited protocols, the Hallowed gradually became a distinct and unique species of man, self-described at one time in the past as the “Homo-verum” or true men. Hallowed can still breed with other humans, but their offspring are always sterile, and described within the enclaves as the “fractured,” meaning their genetic heritage has been disrupted and cannot continue.

Despite the genetic programming, homo-verum, the Hallowed, have lost almost all recollection of their heritage outside of a mythical conception of their origins. They know they are descended from what they believe to be the first men, the ancients, and that the inferior stock of men were the lesser beings, the workers of their lost history. This sense of entitlement is carefully hidden, however, for the genetic markers built into all Hallowed leave them almost compulsively unable and unwilling to identify their existence to others as a matter of survival. Hallowed today dwell in their remote communities, sometimes right in the heart of normal cities and lands, but remain distinctly separate from those around them, including exercising a modernized version of the ancient language that has shifted only slightly over twenty-seven thousand years, allowing them to read the lost monuments and records of their people with greater ease.

Although this language is retained, little understanding of what the ancient technology of their ancestors was like is understood, though the Hallowed more than any other group in Ensaria today realize that it was a true lost age of greatness, and that it was brought down only by the hubris of their kind as they learned to harness the interstitial realms for energy, accidentally exposing this world to the corruption of the orcs and other beings which served the Old Gods. A handful of Hallowed belong to an order calling themselves the Wardens of Calipsai, which claims to have a tradition stemming back to the fall of their kind, and a venerable order of ancient servants of the Ancient Empire which protected humans against the Old Gods. Today there are not more than a few dozen in this order, but they dwell in the dark corners of the earth squelching any evidence of cults rising in the name of the Old Gods.

Other rumors suggest stranger things. Stories of hallowed enclaves dwelling in remote regions near volcanoes or the ice shelf at the edge of the world speak of tribes of Hallowed who still serve the whim of ancient technology, and some even seem to have retained an understanding of its purpose. These ancient machines, immense in size, seem to serve some sort of function that keeps the world alive, and the Hallowed who dwell in these remote areas continue to engage in rituals designed to maintain and upkeep the machines, even if the purpose of their behavior has long been forgotten. The names for these machines in the old language is “Terraformers” and it is thought by these Hallowed that they continue to preserve the world and make it possible for all life on Ensaer to continue.

Sense Interstitial Energy: similar to magic, which is forged from the “bleed” of interstitial energy into the world, Hallowed are particularly attuned to this and can spend one minute studying and sensing an object or location to detect and learn of the approximate source of such energies.

Language of the Ancients: Hallowed have carried the language of the ancients from generation to generation, and due to being genetically programmed for tradition they have managed to do so with very little linguistic drift over time. The Hallowed are all able to speak and read this unique language, and original sources from 27,000 years or older can be understood on a level 3 Intellect test.

Technomancy: Hallowed are particularly attuned to their heritage and have an easier time of relating to and understanding the lost technology of the ancients. They gain one favorable shift when attempting to understand lost tech, and because of their genetic purity, technology which required proof of that inheritance to work will respond positively to their genetic markers.

Initial Links to Starting the Adventure:

1. Your enclave is charged with the protection and maintenance of ancient ruins buried nearby. You befriended at least one other PC when you found them snooping around the place, and was charged with helping them out by your elders, while also steering them clear of the ancient site.

2. You are the last of your enclave which was wiped out in a raid by an unknown enemy. You have set out to learn who was responsible and to try to reclaim a better understanding of your people.

3. As you came of age your elders set you out on the world to learn and explore, for while it might be an enclave working within normal human society you have been isolated in your teaching and must learn of the regular world as well as how to “blend” and hide the ancient heritage of your people in plain sight.

4. You are Hallowed but know nothing of your heritage, having been orphaned at a young age, or possibly kidnapped during a raid, and later raised by one of the raiders as their own. One day you encountered a Hallowed warden who revealed to you that you belonged to a greater legacy and charged you with learning of it. 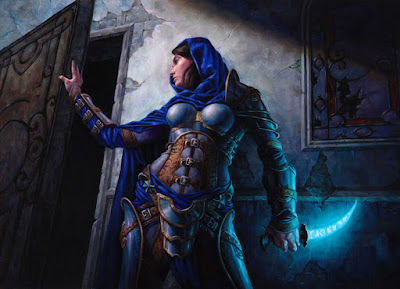 Posted by Doctor Futurity at 10:21 AM