I spent a lot of time this year focused on a few key games, but collecting the hell out of everything published for them: Savage Worlds, White Star, Mythras, 13th Age, D&D 5E and Call of Cthulhu 7th edition dominated my actual gaming for this year. To that end, I'd like to look at the top book for each.... 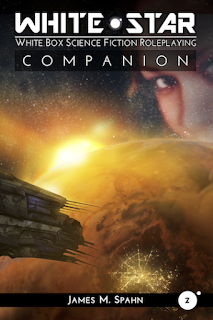 5. Best Rules Expansion: The White Star Companion
This was the first official expansion for White Star, and provided lots of additional content, some of it much desired (and at times filled by the 3PP for the game), such as vehicle rules and a skill mechanic. White Star remains my favorite OSR iteration to date, and we ran two great campaigns this year.
Runner Up: The Starrunner Kit by DIY Productions is a great resource for White Star players and GMs alike, and also available in POD format. 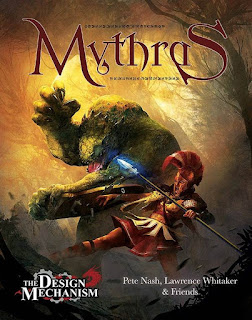 4. Best Rulebook: The Mythras Core Rules
When The Design Mechanism lost the Runequest 6 license they proceeded with a revision to the system and an official rename: Mythras. The Mythras System is essentially the game we've all come to know and love, but with some minor tweaks and a certain liberating feel to it, thanks to a much cleaner and more utilitarian layout and the fact that, free of any expectations that it must be a Runequest/Glorantha game down the road, it can instead focus on more amazing sourcebooks like Mythic Rome.
Runner Up: Through the Breach, which is divided between two core rulebooks (The Fatemaster's Almanac and The Fated Almanac) is a fascinating alt-reality fantasy historical setting based on the Malifaux miniatures game. It's got a card game mechanic and beautiful design aesthetics. 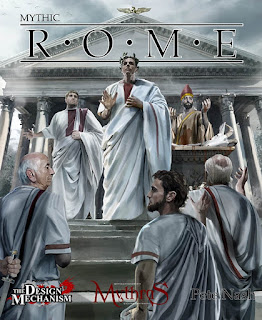 3. Best Sourcebook: Mythic Rome
Mythic Rome for Mythras is a revision of the original BRP Rome but with a design emphasis on accessibility and easy of play. It's a fantastic sourcebook, probably my favorite this year. It fits well with the Mythras system (or a copy of TDM's edition of Runequest 6) and anyone who appreciated BRP Rome will find this worth picking up.
Runner Up: Rippers Resurrected by Pinnacle Press for Savage Worlds is a crazy delve in to the world of the Rippers, victorian monster hunters who sometimes practice ripping pieces off of their monster prey, grafting it on to themselves. It started long ago as a miniatures game that was expanded into a sourcebook for Savage Worlds, and is now a multi-volume series of tomes expanding on the original setting and storyline. 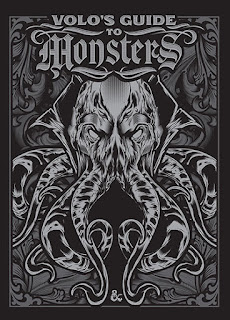 2. Best Bestiary: Volo's Guide to Monsters
Volo's Guide to Monsters is WotC's first foray into a non-campaign scenario driven sourcebook for Dungeons & Dragons 5th edition, and it's a genuine pleasure to read as well as a lavishly illustrated and emminently useful expansion for the game, something much needed to date. This was a good year for monster books, actually, and Volo's Guide to Monsters was just the cream of the crop in a sea of awesome.
Runners Up: The Tome of Beasts for D&D 5E from Kobold Press was a fantastic expansion released earlier this year (and pretty much on time!) as a Kickstarter. Fantasy Age's own Bestiary also came out, and provided a much needed shot to the arm for that system, but they still need to get a Player's Companion out to really bring the system up to speed.

1. Top Game Release of 2016: Call of Cthulhu 7th Edition
It was a very, very long wait for those who backed the Kickstarter, and it nearly tanked Chaosium. The company changed hands and the game was at last printed and released earlier this year however, and the wait was well worth it. I've run a full campaign with the CoC 7E rules now and I find the changes to be intuitive and natural; it is, in fact, a bit hard to imagine a BRP that won't follow the CoC 7E changes (but oddly it probably won't). The Keeper's Guide is all you really need to run the game, but the Investigator's Guide has too much useful data to pass up. The new Petersen's Guide is gorgeous, and all of the new scenario books released so far (Nameless Fears, Pulp Cthulhu and Doors into Darkness) are all great additions to the copious volumes of CoC scenarios already out there. All of thes tomes are in full color and most of them are deluxe hard covers as well. On top of it all the revised system is still easy enough to convert older edition content to on the fly. CoC is back, and it was worth the wait. 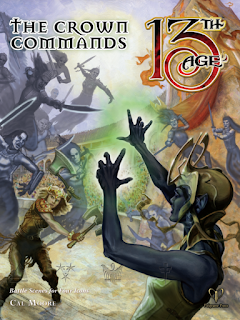 0. Best Legacy Game: 13th Age
13th Age took the cake this year. With some great new sourcebooks such as Crown Commands and High Magic and Low Cunning, as well as the 13h Age Monthly subscription, there's lots of content for a game that remains my favorite immediate competition to running D&D 5E. 13th Age just has so much flavor, and is so easy to GM....it's starting to usurp D&D 5E as my primary go to fantasy engine. There are a lot of games I like and read, but only a few I really play consistently....and 13th Age has become one of those few.