It's that time of the year again! When bloggers everywhere flock to a Best Of series of lists, make predictions for the next year, and attempt a bit of precognitive chicanery. I'll skip the last bit....next year is looking dicey at best....but I've got plenty of top fives to dicuss!!!!

In the world of video games I had to try and exclude titles from 2015 and earlier which I am STILL playing because they are both that good and designed to stick around (Destiny, MGSV, The Elder Scrolls Online), and focus on what's actually new.

Remember, my review criteria are as a full time dad with limited game time. Stuff a twenty-something can plow through in fifty hours over a week are beyond the pale for me; if I get fifty hours out of a game in a year I'm smokin'.

Anyway....on to the list! It was a weird year at times for PC and console gaming, but there were a lot of noteworthy titles to choose from. As usual I favor the more visceral FPS and third-person based shooter with plots (or not). 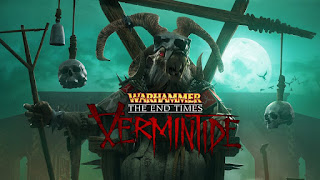 5. Best Co-Op Experience: Warhammer End Times: Vermintide
I've barely discovered Vermintide but am finding it quite compelling. The game is set in the Warhammer Fantasy universe, giving you an array of distinct characters to choose from as they face down a grotesque horde of skaven (ratkin) in a doomed city. It's essentially a fantasy edition of Left 4 Dead, and manages to fill that void handily.
Runner Up: Killing Floor 2. Despite a shaky early access window, the final release of Killing Floor 2 is proving to be an amazingly polished and fun experience.

4. Best Shooter: Doom
I had a lot to say about Doom earlier in the year, but since then two of three expansion DLC have released which added a great deal of content to the game....content I feel would have been better to be included in the core package, as it makes the multiplayer component much more interesting. I also snagged the game on PC with my recent computer upgrade and feel the PC edition is more interesting overall than the console versions.
Runner Up: Call of Duty: Infinite Warfare took it's franchise in to space and while I think it will fail as a CoD game because that's not quite what the franchise fans want, it still made a compelling interplanetary warfare experience that I think out-Halo'd Halo 5: Guardians in every way. When CoD is making you feel more like Master Chief than Halo is, somethings wrong.... 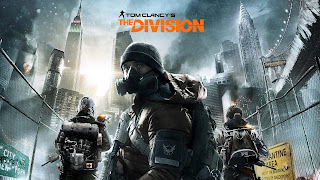 3. Best Open World Game Experience: Tom Clancy's The Division
Tom Clancy's The Division grabbed me earlier this year and has held on. I'm a slow player so take my assertions that it's loaded with content with the appropriate recognition....I'm working on leveling a third character though (now with the PC version of the game) and look forward to the final expansion pack. If you can find the complete package for under $50 I think this game is a steal....but take note that I am amused that the Xbox One version seems to have more glitches and bugs than the PC edition so far!
Honorable Mention: Just Cause 3 XL Edition proved really captivating to me this year. The game's willingness to let you blow things up in any number of inconceivably bizarre and physics-defying ways left me wondering the whole time if the protagonist was a secret metahuman or something, but it never stopped being weird fun. 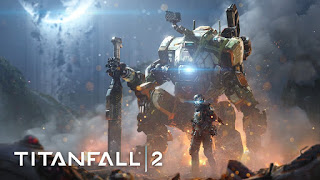 2. Best Franchise Revamp and Story-Driven Shooter: Titanfall 2
It is nice to see that the devs behind Titanfall 2 realized their new world was compelling enough to deserve a single player campaign. I love the multiplayer elements with the large mechs, but the story mode really sells this sequel to the MP-only experience of a couple years back. It is far and away my favorite FPS experience so far this year. BT the robot is a great foil to the protagonist.
Runner Up: Destiny: Rise of Iron, but remember I'm a Destiny fanboy so of course I'd put it on my list somewhere! It adds to the lore and provides a great new campaign arc to what I suspect is the last DLC we'll see for the game until Destiny II arrives next year. 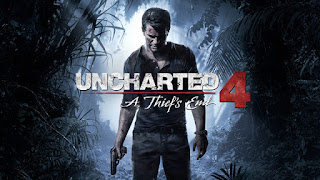 1. Best Story-Driven Title: Uncharted: A Thief's End
This was by far my favorite game this year. Uncharted: A Thief's End tells the last tale of Nathan Drake, debonaire explorer and thief of antiquities using the lessons they learned from The Last of Us to make a narrative that manages to lend even more humanity and emotional resonance to the series, while still going over the top with it's high concept action adventure tale. The multiplayer is kind of fun as well, but utterly secondary to the story itself.
Runner Up: Gears of War 4, which manages to revive the franchise, remain true to the style and feel of the prior games, and provides a really compelling narrative tale that --believe it or not!-- was easy to follow and really interesting all at once. Oh and I hear it has MP as well (heh). My only regret with GoW4 is how I haven't been able to invest as much time with it as I'd like due to all these other games competing for time.

Bonus Mention: Best Game I Only Just Discovered: Watch Dogs 2
I only just snagged this and have delved a few hours in, but Watch Dogs 2 is a massive improvement in terms of story, design and style over its predecessor, and a much more evocative and interesting experience as a result. The game captures a fascinating near-future take on cyberpunk that is much closer to RL if you are willing to buy in to its core conceits. I'll talk more about this one soon, including some ideas I have on how Watch Dog 2's core conceits for gameplay could translate into a similar experience in tabletop.