An Action Plan for My Return to GMing Pathfinder 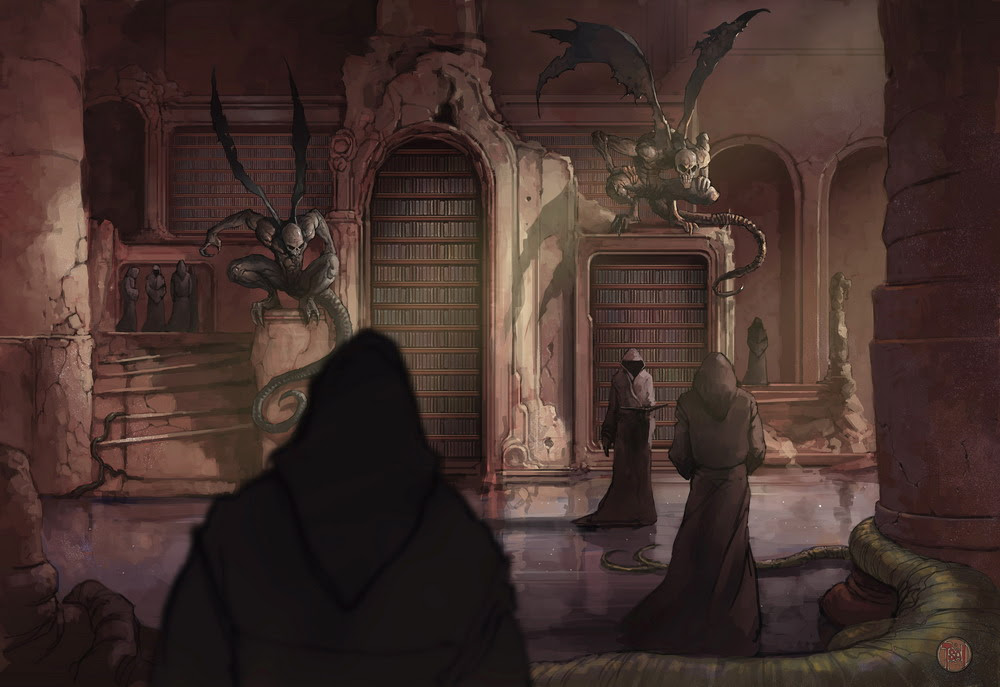 Last week was my freak-out week, the "oh my god what did I get myself in to???" event. This week....with great focus and alacrity borrowed from my seriously over-stacked work schedule, I have figured out how to run Pathfinder without having a heart attack. In four easy steps, no less!

#1. Stick to Core
Can't stress this enough. Pathfinder is a big ol' game and trying to tackle all the weird extra stuff that's built up over the years is a bad idea. Truth is, if you just grab the Core Rulebook, the Bestiary and maybe the Gamemastery Guide you have literally all you need to play Pathfinder into perpetuity, and without much stress. Let the players sweat the weird alt-classes; make them learn their stuff....and stick to your (my) job: getting  a fun game together. That said, I'm gonna use all the Bestiaries, the Occult Bestiary, Monster Codex and NPC Codex.....all the good GM stuff, basically!

#2. Stick to pre-statted NPCs
This is easier than ever thanks to the endless Bestiaries and if you don't mind breaking out a bit Pathfinder has so many tomes full of pre-statted foes that it's just ridiculous. I don't need to stat anything out....I just need to use what's already been done. Books like the NPC Codex and Monster Codex make this even easier if you want variety beyond basic monster stat blocks.

#3. Write the scenario/area without stressing mechanics
In my case I'm detailing a region of my Enzada setting in a free-form hexcrawl environment, minus the actual hexes (because all I have is graph paper). At best I'm going to restrict all the initial possible encounters and interesting bits to an assumed CR range of 1-9 and I will extract from my five years of prior Pathfinder GMing experience to eyeball when an encounter looks too TPKish. I'm really aiming for overland exploration and a serious effort at minimizing "dungeon" environments.....I want a bunch of areas to explore, but I want them to be comprised of just a few key areas; no immense dungeon slogs. I'm also (for my players' sakes) avoiding too much "plot extra" as I call it. This leads into the fourth step...

#4. Keep it to Three Easy Things
I'm going to structure the tale and manage my own GMing habits to try and keep the action and events centered around three easy things. This could be "Explore the ruins of the Adavareshta Temple," "Find out who the mysterious witch is that cursed the town of Emparas," and "Look for clues as to who the player character's real mother is" or whatever.....but the idea is always have no more than three "things" the PCs must worry about. Make sure each thing is something different.....something combat, something exploratory, something RPish, and make sure that the goals are clearly understood. This last bit is really just for my poor Saturday group, which has a mix of intense, hardcore players who delve deep into the plot and an equal number of plot-light players who get confused and bored if the plot moves past kicking down another door or having an immediate and obvious action/goal. Plan here is to see if I can mix the two together. This advice isn't really Pathfinder specific....it's just a useful approach to help me as GM navigate the needs of my oddly mixed group.

In the course of going over all my old Pathfinder stuff I realized something: I really, really love the Pathfinder Bestiaries. Not the stat block format, I mean, but the gorgeous art, interesting array of beasts and great effort put into making such a diverse selection of monsters pulled from many exotic mythologies. Pathfinder may be the most diverse game out there when it comes to needing exotic monsters now....not sure if it's surpassed 2nd edition AD&D yet, but it's getting there.
Posted by Doctor Futurity at 6:00 AM