I've been to see Zozobra, the burning of Old Man Gloom at least every other year since I moved to New Mexico, and definitely plan to attend this year. It's a great event, one with a long history for my family (recall first being taken to Zozobra as a young child by my mother, and the memory has always been with me). It's a fascinating show, an example of ritual and myth in the modern era, simultaneously anchoring itself between the modern mind while appealing to the archaic Jungian mythic resonance within all of us. 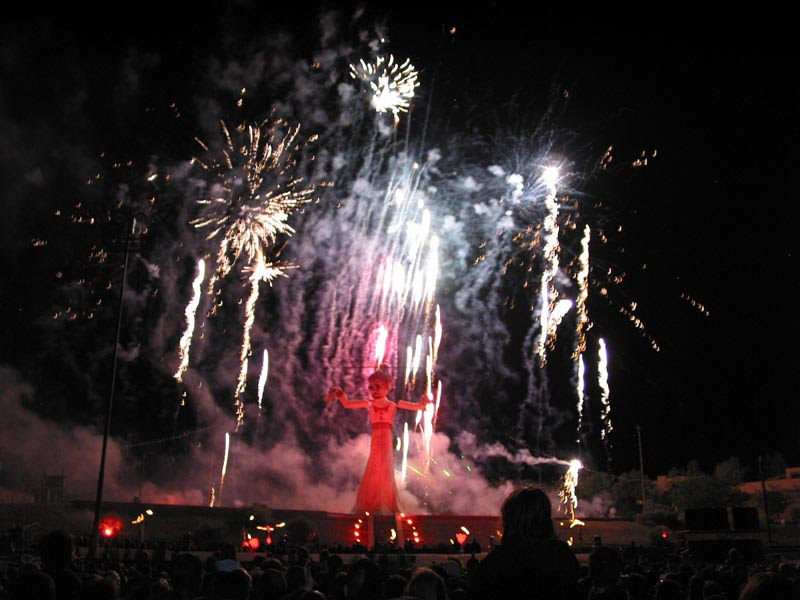 Anyway! I will be there this year....Jody may come along, too, depending on how comfortable she feels, because by that stage her parasitic hominid infestation should be close to bursting...

I kid! I kid. A little. Marcus is squiggling around a lot now, and it occasionally feels like he's doing a drum solo inside Jody's womb, but she is delighted. Me, I'm of course very excited, but I will concede that I am engaging in the only role I could play in this matter....she's a braver soul than I!

I am learning some important and unnerving things about myself though, including why I like Lovecraft and exactly what Body Horror means. Luckily there's a light at the end of this tunnel, a fully formed little dude who is neither Innsmouthian nor Shoggoth-like (though he may be superficially batrachian in appearance, at least initially....!) (I would like to apologize in advance to Marcus for the fact that he's going to have two particularly eclectic and eccentric parents. We'll do our best not to scar him for life. Much.)

On other news: I have already received several purchases of the Ryan Family leukemia relief pack, and would like to thank those who have helped. Rpgnow does not give me individual sales data outside of the raw numbers, so I do not know who you are, but I thank you sincerely. Every little bit helps!
Posted by Doctor Futurity at 9:30 AM