RC Superheroes, Post-Rapture Report, and Griping about Gaming in General

Well, I think the Rapture was very successful. I didn't have anyone knocking on my door Saturday or Sunday morning with pamphlets for LDS, 7th Day Adventists or any other group, so godspeed to them all on their epic journey! Unfortunately it looks like the vast majority of us were all appropriately sinful, so looting Fry's or Best Buy would have been in bad form, I suppose. And not one zombie in sight, alas!

Stumbled across this cool video. The RC Superhero looks much, much cooler than conventional RC planes or even kites. I need to find one of these....

Warning: Grumpy Old Gamer Griping Ahead (continue reading at your own risk!)

Although I don't often address it in the blog...well, never so far, actually....I do periodically go through the awful side effect of being a gamer with a mid-life crisis, what I refer to as "doubting the hobby, doubting the system, doubting the medium." I spent a fair amount of time this weekend perturbed that I enjoy Dungeons & Dragons 4th Edition, being discontent with the fact that I also enjoy Pathfinder, and wondering if my life would be easier if I simply got rid of both of them and focused exclusively on game systems that have "merit" by whatever obtuse standard my subconscious decides such things. That would pretty much leave me with Basic Role Playing, GURPS, Runequest II and a handful of others....but then, I know I'd inevitably find myself desperate to scratch that itch that only D&D and its kin can help with. Ah, well.....in the end, I must run what people will play, I suppose. I know I'm going to experience an enforced break from gaming in just a few short months; I can't imagine logistically how to do pretty much ANYTHING I consider normal now as being feasible in six months when the baby arrives!

Anyway, I think I figured out that there are three parts to my "mid-life gamer crisis," that boil down to the following three features:
1. Other gamers bring me down (specifically power gamers, rules lawyers and min-maxers)
2. I've burned out on traditional epic heroic fantasy with Tolkienesque trappings
3. The creative energy I use in RPGs is something I really need to refocus on writing fiction and (hopefully) getting published

I've long thought #3 was an issue for me, but I do the best I can. RPGs have always been a useful and important creative outlet, so this is not a problem that's going away....I just need to find a mutual harmony between creative effort in writing and gaming for myself.

The second part is easy enough to address: I just need to break out of the mold, and do something innovative. I worked out a great humanocentric setting based on non-western fantasy tropes a while back that I would really like to explore called Enzada. I am working on a setting set in ancient Mycenaean Greece. I have several ideas for SF settings I've been working on. I'd love to do Call of Cthulhu on a regular basis again, someday. I have seriously toyed with the idea of using BRP or RQII as the core rules for a Hyborian Adventures campaign, or something very much akin to it (probably using Enzada). All of this, of course, requires a willing audience of players, which is another matter entirely.

The first part is a tough one, because this hobby requires participation. I'm not complaining about my regular crowd of gamers but rather the broader demographic as a whole. Power gamers, for example, are completely at odds with the very concept of what I enjoy in RPGs. I've run in to more than a few lately as I've enjoyed other gaming groups (or tried to) and nothing kills a game for me like a forty-five minute argument about whether or not a cleric's Channel Energy that deals damage to undead counts as an attack for the Sanctuary spell, or whether or not the Create Water cantrip can validly constitute a way to clear out a dungeon by flooding it (all Pathfinder examples from actual recent conversations I have been subjected to).

Even though I wasn't playing with them, just sitting at the table next to this group of 4E gamers made me question whether I'm actually engaging in badwrongfun, or if I should be trying to analyze why 4E seems to have so many players who don't, apparently, have a clue how to role play or interact in a manner consistent with what I've considered the "basic process" of the hobby for the last thirty years. Every single 4E game (other than the ones I run) at the FLGS (friendly local game store) are card-board bland combat encounters with no descriptive detail or effort at evocative prose, role play or storytelling. Every single one. They are so painful to watch and listen to that they are actually demoralizing to me, as it makes me think that I've somehow made a terrible, wrong choice in choosing 4E as my primary game system...that the other guys I game with who love Pathfinder and eschew D&D are not just being elitist gamers with severe cases of "3.5 nostalgia" but that they might, in some way, be right. I don't think they really are right, in one sense....but I do think that 4E suffers from two factors that pull it down.

First, 4E is designed to be played in a very mechanical, deterministic sort of way. This isn't so much different from prior editions (which could and often were played the same way) as it is polished beyond belief: you could, technically, run the game mechanically without ever being forced to role-play or describe any of the actions being taken in the game, because the game has a programmed set of default instructions for almost every action, and it excludes potentially confusing or "thinking outside the box" actions by error of omission. You can do stuff the rules don't explicitly cover, sure....but the game is written in a manner that allows those uncomfortable with seditious thought, action and deed to exclude such features if they so desire on the grounds that there are no rules for such behavior. And no, 4E does not say this, indeed even encourages the opposite in its actual text in books like the DMGs, but the core mechanics don't integrate role playing advice, and provide no enforcement or reward for such unprescribed actions outside of DM fiat.

This is ultimately really a feature and not a bug, in the sense that it allows many gamers who might not want to role-play in a traditional sense to enjoy the game without having to "emote," effectively. This feature is what links 4E to its comparison to MMOs and other CPRGs out there: sure you can role-play, but the game does not presuppose that you must. This kind of thing happens all the time on MMO servers that cater to online RP, where the RPers want to have fun acting in character and telling tales, and then the hardcore non-RPer who fails to see the irony of playing an MMORPG and mocking those actually engaging in the RP part comes along and does the online equivalent of stacking.
Second, 4E built pretty much everything around specific actions. There's a huge amount of fluff in the game, yes, but very little of the fluff exists in a mechanical sense. Most powers in the game deal various specific effects that are ultimately defined by an amount of damage, a damage type, a movement effect, a bonus or penalty effect and on very rare occasion something outside of the box. It's incredibly codified. This is a feature for many (including myself) because the game leaves very little to equivocate about; it either works or it doesn't, and ridiculous arguments about Create Water cantrips and whether Channel Energy cancels out Sanctuary are simply not issues in 4E.

However, 4E completely lacks context for most of its described actions and powers outside of the mechanical effect. Yes, they have great descriptive elements (fluff) to help visualize what is happening, but the fact is, when you activate a given power its effectively triggering a feature in precisely the same way that you would do so in a computer game: you trigger, a cool graphic happens (optional in 4E, as I have determined from watching all these other groups in play, where all descriptions were purely mechanical) and the mechanical resolution occurs. The broader question of things like, "if I can summon a cloud of daggers, why can't I summon one dagger and use it to, say, cut a rope?" are not specifically addressed. Yes, I would more than happily allow such a use in my games...but the rules simply don't address the "outside of combat" elements or implications of these powers, for the most part. It really should.

If each power or effect in 4E had a "in combat" description as well as an "out of combat" description, that would be a great start. Many of my cohorts who dislike 4E do so precisely for this reason, I suspect; they see their character sheet full of combat options, but very few non-combat choices. I think prior criticisms of 4E have unfortunately confused "role playing options" with "non-combat options" in the past. 4E actually provides plenty of role-playing options, every single power description is effectively a way of showing the player or DM how to contribute to the narrative process (albeit conveniently packaged separately from the main text, and therefore fully optional for groups that prefer to play D&D as a regular game rather than an RPG, apparently). What each power is missing, that prior editions generally had (but in a clumsy manner) was a description that included non-combat uses. 4E really, really needs this. It needs exposition on both how and why one would use eldritch blast or cloud of daggers to cut ropes, as an example. It doesn't even need to provide much in the way of rules....the mechanics for such actions are already there, after all, but it needs to demonstrate to the players that these are options, and it needs to show that the game has more features than one might see from just scratching the surface. And I think it can do this without returning to the 3.5/PF problem of nit-picky rules lawyers arguing about how an infinite supply of Create Water spells means that logically they can get a group of level one wizards together to make a continuous rain of water in the dungeon to flood it out, then pick through the remains when the water dispels later on.

So back to my issue. Ultimately, I think my sanity depends on avoiding the type of gamer that doesn't mesh well with everything I understand D&D 4E to be....neither they nor I am having badwrongfun, but our two brands of fun certainly aren't compatible. And if I do find myself in a group with this sort of gamer, maybe I can stir it up a bit and teach them how to play it my way... 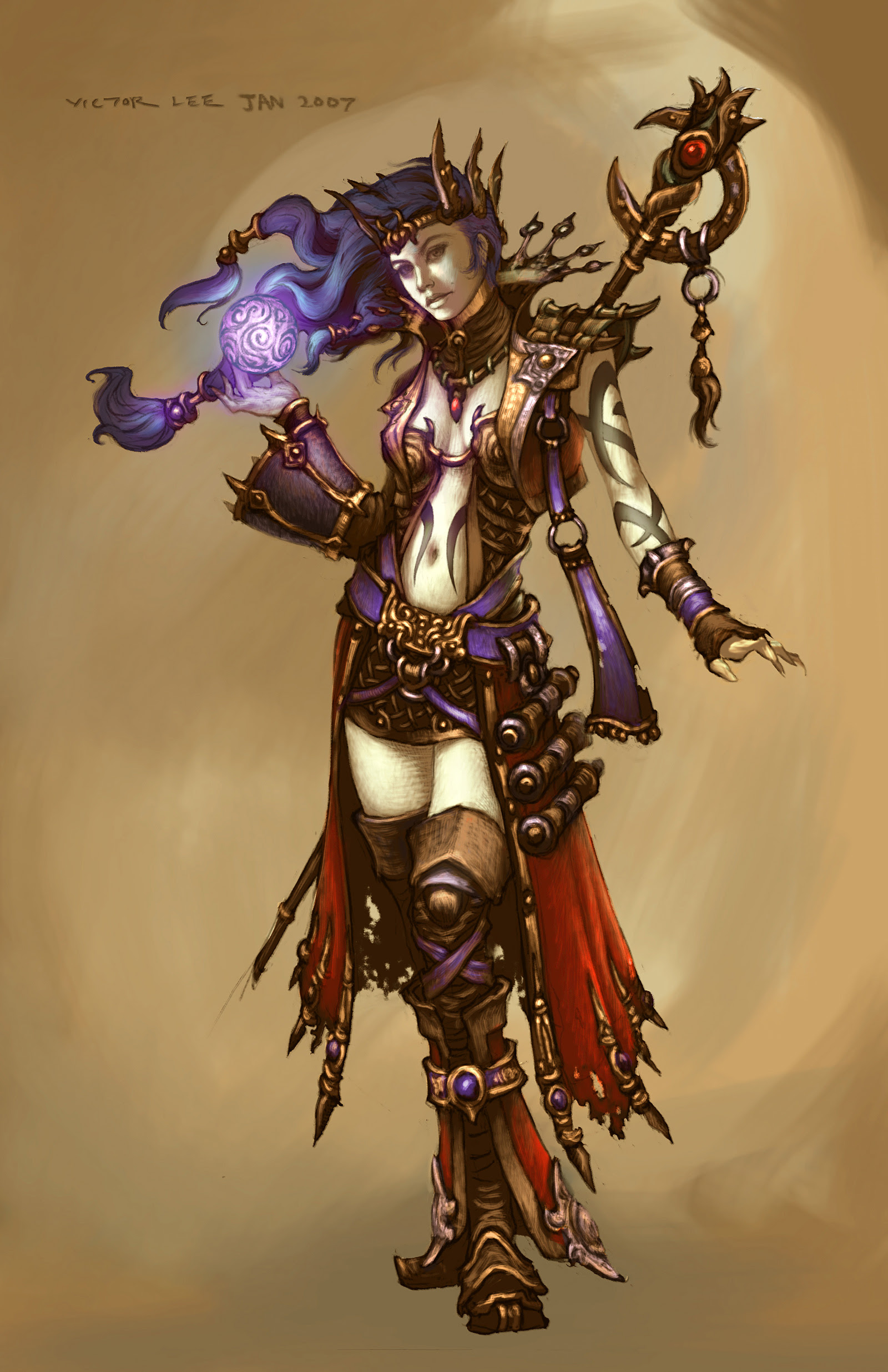