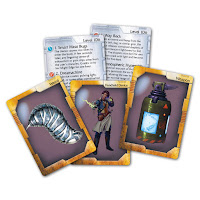 Well, our first night with Roll20 for Cypher System worked exceedingly well. The system had the following advantages:

Cypher System is designed from the ground up with theater of the mind gameplay as a core conceit, so the need for maps was considerably less important; this let me emphasize illustrative imagery (locations, npcs, monsters) rather than fiddling over maps, minis and distances.

At first I was surprised that Cypher System didn't seem to have a lot of support outside of the decks of cards in the virtual storefront for Roll20, but this was a clever illusion; the depth of the character sheet was quickly evident, and I picked up some card decks anyway and found that they were emminently useful. I found the artifact deck, cypher deck, XP deck, NPC deck, asset deck and The Strange creature deck (because they didn't have the generic Cypher System creature cards available) were more than enough to contribute to a good game.

The die roll mechanic merged seamlessly with the character sheets for easy rolls and....best of all....the players who were a bit new or shaky on the rules picked it up easily this time! Best of all for me....my pixel bitching with the die rolls all but evaporated as I really didn't need to roll the dice at all as the GM (yes, a bug to some and a feature to others).

My group has been playing for a very long time. A lot of the negative experience I have had with prior virtual tabletop experiences boiled down to a lack of familiarity between the players; gaming in real life is kind of important; you get to know all the nonverbal communication queues from your players and this familiarity allows for a much more robust transition to the virtual world....and with it the appreciation for the extra tools at your disposal for game playing and story telling.

All told we had a fun game involving a mix of weird science fantasy, detective work and urban exploration. There was a conflict with catfolk gypsies, a skirmish with some sewer kobolds, an investigation at a break-in to a vault containing artifacts from dig sites, and a hoary near-miss battle with an ancient mummy that would have made the gal from Life Force nervous. Plus: my favorite overall GM mechanic, the GM Intrusions. Good stuff!

This game will rotate with the other off-night game which is in Pathfinder, but I have to say: I am really, really happy to be running Cypher System again.
Posted by Doctor Futurity at 12:58 AM