Cypher System: The Emon of Sarvaelen

In messing around with it, I realized that the elementally charged Emon, a human variant touched by elemental magic, stats really well in Cypher. These are one of the possible character types in the Watchers of the Sullen Vigil campaign. Here's what I've worked out: 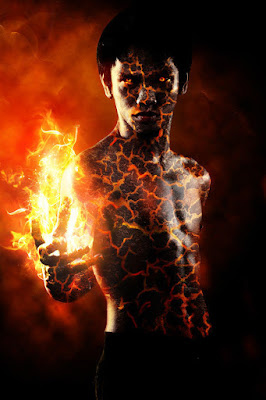 The People of Emon
Also known as the Emoniae, the people of this distant land exist far in the west, beyond the ruined expanse of the wastelands of Camrinal. Emon was the greatest independent threat to Camrinal in its era of rule, and the Emoniae were a culture of sorcerers much like the Empire. When the Final War erupted, their lands were devastated, and the Empire sought to exterminate their greatest rivals as quickly as possible. When the conflict ended with the destruction of Camrinal, most of Emon’s warriors were caught in the destruction, and destroyed. Still, there were plenty of survivors back home, now mostly dwelling in ancient, deep enclaves within the vast Adasatrak Mountains where they stood guard against the outside world.

Emoniae are a special culture of human which has been profoundly affected by their close affiliation to elemental pools of energy. More on playing emoniae can be found below in new races.

The Emoniae Bloodline (singular Emon)
Many emoniae have a talent for magic, and are most commonly mages by class. Emoniae are, like pureblooded of Camrinal, prone to attracting the attention and interest of demons, spirits, elementals, old gods and other beings from the Elemental Realms. Elves have an abnormal fascination for them, and as a result it is more common to run into half-elves of mixed elvish and emon blood than any other combination. Emoniae are a special type of human, with the following special Descriptor for elementally-tainted Emon:
Stat Modifiers: Emoniae gain +2 Intellect and +2 Speed
Born Sorcerers: Emoniae must include the Magic flavor in their type.
Occultists: Emoniae start with training in Occult Lore.
Languages: Emoniae learn the common (Aeronostic) tongue as well as Emonish, their cultural language.
Elemental Affinity: Emoniae revere the elemental old gods, and still worship them. There is a chance that an emon has some elemental heritage in her or her bloodline. The immediate effect is an innate basic understanding of the elemental language and an affinity for that element, which means that they tend to be regarded favorably by elementals of like type that they meet (+1 favorable asset in Intellect checks to influence elementals).
Elemental Taint: Emoniae may follow the "Tainted by the Elements" focus.

Focus: Tainted by the Elements
When a magic-using emon with elemental taint discovers this heritage, he or she begins to manifest a sign of elemental corruption, usually in the form of a glow or emission from the skin, and a slow but certain "change" on the skin that seems to be a manifestation of that emon's elemental taint (stone-like skin, persistent water running from pores, smoke, or a misty fog following the emon). This first manifestation is cosmetic and can be suppressed with concentration taking one full round.

Emoniae may have more than one connection to the elements, but each subsequent elemental type exhibits as secondary to the primary elemental affinity. For example, an emon with cold as primary may appear to have icy skin. If he later adds elemental earth affinity, he may display gravel or rocks floating in the ice of his skin. If he later adds fire, his eyes may blaze with hot light as water runs down his flesh. 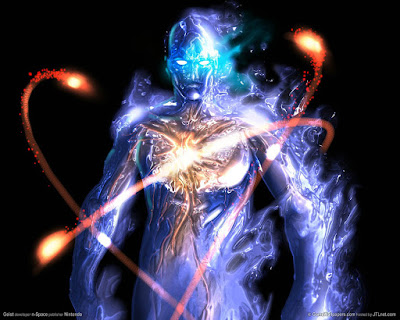 Elemental Damage Type Choose one elemental type (fire, cold, air, water, earth, radiant, necrotic); you may add this elemental type to the damage or effect of a spell you cast, dealing 1 extra damage of that type. Pick a different element each time you choose this. Enabler.

Elemental Affinity you are trained in understanding elemental magic.

Greater Elemental Damage Type Choose one elemental type (fire, cold, air, water, earth, radiant, necrotic) that you already deal damage with from tier 1; you may add this elemental type to the damage or effect of a spell you cast to deal 2 points of that damage type. Enabler.

Elemental Attack Choose one weapon or spell with which you imbue elemental damage. You are now trained in that spell or weapon. Enabler.

Elemental Conjuration Gain the ability to conjure an elemental of a type you have “elemental damage type” to from tier 2, as the spell once per day with as many levels as your current tier, or more than one elemental with total tiers equaling your own.  Action.

Elemental Immunity choose one elemental affinity you already have. You are now immune to damage from that elemental type (including burning, drowning, suffocation, or breathing effects). Enabler.

Master Elemental Damage Type Choose one elemental type (fire, cold, air, water, earth, radiant, necrotic) that you already deal damage with from tier 1 and 2; you may add this elemental type to the damage or effect of a spell you cast to deal 4 points of that damage type. Enabler.

Elemental Transformation You may transform, at will, into one element of a type you already have affinity with. All damage dealt deals damage of indicated type, and you are immune to the elemental type you have become. The effect lasts for one hour. Action.

Elemental Emission gain permanent emission of elemental type: stone skin (gain medium armor 2 points), fire erupts from flesh (immune to damage from fire but deals 2 fire damage to all on touch, or in addition to melee damage), air (gains levitate at will, short range), or water (emits water permanently at the rate of 1 liter/hour, gains water breathing). These traits are very difficult to disguise and require a level 6 Intellect defense roll to suppress the trait for 1 hour.

Permanent Transformation You permanently transform into one element of a type you already have Elemental Transformation or Emission with. This form becomes your new default body. All damage dealt deals damage of indicated type, and you are immune to the elemental type you have become. The form changes noticeably to be "more" of the elemental type and the emon's humanity becomes suppressed. Breathing is no longer necessary. If you gain “Elemental Transformation” again, you can change into a different elemental type, but can never return to more than a facsimile of your original human body. Over time, the emon will subsume into the elemental nature of his form and depart the mortal plane for other realms permanently. Enabler.

Elemental Planeshift the Emon gains the ability to plane shift to his elemental plane of appropriate type that matches the current transformation once per day.

Five Facts about the Emoniae:

1.       The Emon city-states in the Adasatrak Mountains are each said to have been built over an elemental portal which leads to each of the elemental realms. Interestingly there is the seventh portal beneath the city Kalimdar, which is said to open into the Twisting Nether.

2.       Some emoniae claim that a spy and patriot named Eredatha, who was a consort to the old Emperor of Camrinal, was responsible for sabotaging the plans of the mad Emperor, leading to the destruction of the kingdom. This is officially decried as apocryphal, but a secret order of spies and assassins called the Dedicates of Eredatha believe it to be true.

3.       In an emon house finding a member who manifests true elemental affinity is considered a house blessing and automatically elevates the house to the affinity caste, giving them special social privileges. Someone of low caste who develops affinity is usually adopted by a willing house, given title and land privileges.

4.       Emon is not very welcome to outsiders, but the gateway cities of Kerenesk and Rathor serve as the safe harbors for outsider merchants and traders. From these two cities the goods of the outside world are imported to the city-states of the inner kingdoms which otherwise allow no outsiders of non-emoniae blood in their walls.

5.       Most emoniae are of sallow, almost albino complexion, but the emoniae of the coast are dark of skin and prone to elemental earth and fire affinity. The coastal emoniae call themselves the Eredenei, and claim to have migrated from across the ocean long ago, coming from a sunken continent called Dakarast. 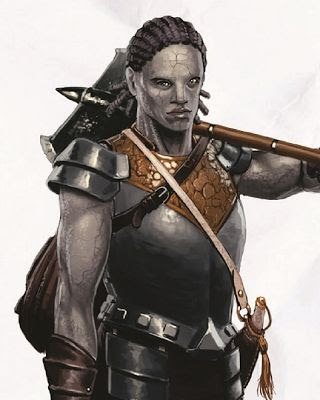