Cypher System: The Agents of Steel

The Agents of Steel 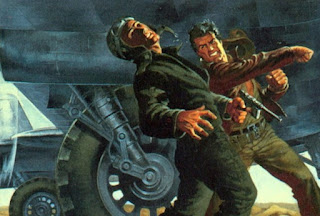 Talbot Steel
Enhanced Human (Arcane Origin) – Level 7 (21)
Motive: explorer and adventurer, with a strong sense of ethical purpose
Environment: wherever there are mysteries to uncover or wrongs to right
Health: 35
Damage Inflicted: 7 damage with fists or dual Desert Eagles
Armor: 3 (natural resilience plus bullet proof vest)
Movement: short
Modifications: 3 shifts recovery rolls (heal 7 health per recovery); 1 shift Dexterity (+3 initiative, Speed defense, skills); Resilience (+1 might defense rolls and armor)
Powers: Talbot Steel is immortal, though it is presumed he can die through unnatural causes. However, his arcane imbuement lets him recover faster and soak more damage, so no one has ever successfully managed to test that theory, not even his nemesis Dr. Alistair Chrome.

The original Agents of Steel were forged in 1929 by Talbot Steel, the centennial man and adventurer who has, over the decades, become a man out of time. Born on January 1st, 1900, a young Talbot Steel made a name for himself during the Great War and following his time as a soldier and pilot he founded Steel Industries, specializing in unique and experimental military aircraft. In 1923 Talbot allegedly worked with his eventual nemesis, Alistair Chrome, to locate the hiding place of the Holy Grail, from which it is said he was forced to drink after his “ally” Chrome turned on him, delivering a fatal gunshot. The result was immortality and greatly enhanced natural skills; Talbot knows where the grail remains, having retrieved it back from his nemesis, but its current location remains a mystery.

As the decades went by Steel’s organization grew and became more sophisticated, and he eventually handed off control of Steel Industries to his younger (mortal) brother Max Steel after World War II. Throughout its years the membership in the Agents of steel has varied considerably. In the late nineties Talbot switched focus to a smaller, more focused team working as both mercenaries and humanitarians, and has never looked back since. The group has focused on the international scene, especially explosive scenarios in nations with a great deal of conflict or war. 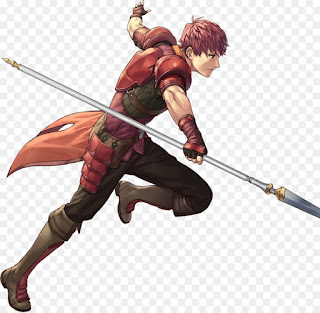 Legend (current alias Christopher Long)
Human with Sorcerous Weapon (Arcane Origin) – Level 7 (21)
Motive: (fixed) seeks redemption for an ancient wrong he committed
Environment: Anywhere that his "instinct" or the voice of his conscience tells him to go
Health: 35
Damage Inflicted: 7 damage; 16 with the Spear of Destiny
Armor: 3 points plate
Movement: short
Modifications: +9 damage with the Spear of Destiny (16 damage total); +1 Intellect defense and skills (esp. history); +1 Might Defense and strength checks.
Powers: The Spear of Destiny, which is a Level 8 artifact; nothing less than that level can move Legend if he chooses not to be moved (he may still be injured). The spear can also reveal the true form of all within long range. Legend’s immortality is such that even if he is killed, he will reform in 1D10 months; if he is burned to ashes he reforms in 1D10 years.

Aside from the Spear of Destiny, Legend is immortal, and claims to be thousands of years old. Some believe he may have been Longinus, the soldier serving penitence for slaying Christ, but other stories suggest he is much, much older and may even have been identified as Achilles once. He claims to have been cursed in ancient times, and has walked the world all this time trying to seek a cure, or redemption. 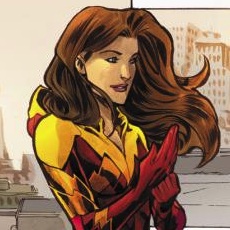 Tachyon (alias Alana Kincaid)
Metahuman (Science Origin) – Level 5 (15)
Motive: pursuit of knowledge, truth, and living up to the legacy of her mother, Diane, the original Tachyon.
Environment: Works out of Upstate Buffalo, New York as a teacher but can travel anywhere.
Health: 25
Damage Inflicted: 5 damage (gauntleted fists)
Armor: 1 point speed armor
Movement: 1,000 feet/move
Modifications: Dexterity +3 shifts on all Speed defense and speed checks (level 8 Speed Defense; +9 initiative); very fast movement (10 times); Accuracy 1 shift bonus (Level 6 attacks).
Powers: Tachyon can move with near lightning speed, and can push it to accelerate to near superluminal speeds for very brief bursts. When moving and doing nothing else she is essentially invisible and impossible to hit (level 10 speed defense).

Alana Kincaid wanted to follow in her mother’s footsteps, and when she turned 16 she discovered that she was going to do exactly that in more ways than she could have imagined. The original Tachyon was her mother, and while Tachyon’s genes were modified in a freak accident when she was bombarded with tachyon particles, it turns out that this was genetically inherited by her daughter. Alana discovered overnight her ability to move at accelerated speeds and superluminal velocities for brief bouts. The phenomenon appears to be that she is naturally bathed in tachyon particles which are perpetually moving backwards in time; the side effect is that it allows her to “slow down” reality around her and move at normal speed while the rest of the world remains still.

Alana encountered Talbot Steel while she was on a research expedition in South America, and the older adventurer took a liking to her; he eventually asked her to join his team, which she did just a year ago. 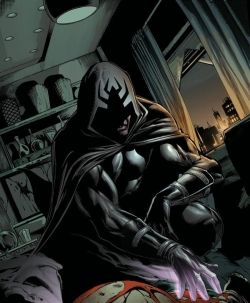 Blackfire (alias Albert Morgan)
Metahuman (Science/Occult Origin) – Level 6 (18)
Motive: clean up the streets, use the funding of Agents of Steel to end crime, stop the Necromancer
Environment: Chicago is his home turf, or wherever Agents of Steel take him
Health: 30
Damage Inflicted: 6 damage (15 with shadow fists)
Armor: 1 point leather suit
Movement: short; long with shadowflight
Modifications: Healing 2 shifts (two extra recoveries, 6 each), Shadow Power 3 shifts (+9 damage)
Powers: The shadow source Blackfire draws from lets him move through shadow, forge it in to objects, obscure his presence, and he can even turn in to shadow.

Albert Morgan was working as a researcher at the Chicago branch of the Advanced Physics Labs when he was badly injured in an explosion, imbuing him with a connection to the interstitial dimension of shadow. It turns out the Necromancer was the cause of the explosion, and he found a disoriented Morgan in the rubble, seizing control of his mind.

Albert remained under the Necromancer’s control for several months before Talbot Steel encountered the wizard and effectively punched him out, freeing Albert of the mind control. Albert swore to pay Talbot back, and not long after joined the Agents of Steel. Albert now uses the resources of the organization to aid him in cleaning up the streets of Chicago by day while conducting research and aiding Talbot on his obscure missions. 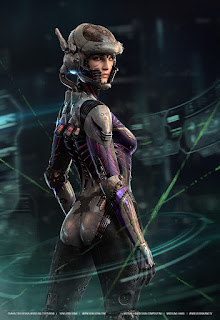 Silver Fox (alias Alicia Fox)
Metahuman (Cybernetic Origin) – Level 6 (18)
Motive: head of the Fox PMC organization, coordinates with Agents of Steel and takes government contracts; affiliated with Mystech
Environment: worldwide and beyond; her headquarters is in London
Health: 30
Damage Inflicted: 9 damage (rippers or fists) and autopistols
Armor: 4 points (skinweave and armored suit)
Movement: short; long with jet pack
Modifications: Silver Fox is cybernetically enhanced, with Dexterity 1 shift (+3 initiative, Speed Defense level 7), Strength 1 shift (3 extra damage), Accuracy 2 shifts (Might and Speed defense Level 8), and resilience (+1 armor and Might Defense Level 7)
Powers: all of Silver Fox’s powers come from her cybernetic enhancements, which include durable skinweave, muscle and speed enhancements, a visual enhancement (level 7 Intellect defense to avoid detection), and a number of useful gadgets.
Alicia Fox is the successor to her mother, who is now retired and hidden in an unknown location where she can avoid being bothered. Unlike her mother, Alicia Fox invested heavily in cybernetic enhancements, and at age 28 she is cybernetically modified to be tougher, stronger, faster and more dangerous on all levels.

She has had an on again, off again relationship with Talbot Steel, and while she goes on forays with him frequently, enough that he considers her a member of the team, Silver Fox instead considers it more of a “side commitment” she engages with on an as-needed basis, and she still focuses on her PMC the Fox Group, which engages in lucrative contracts with European and American powers. She has most recently gotten involved with “Space Force,” the American directive for a military presence in space that is secretly being put in place in anticipation of genuine extraterrestrial threats.

Alicia has a secret, and it is her reliance on Mystech cybernetics. The illustrious organization has long been known for its advances in cybernetic design of the finest order, but it is also believed to have some shady dealings, and is unscrupulous in who it sells its tech to. Alicia Fox has avoided coming in to conflict with her cybernetics provider so far, but knows that sooner or later she may be forced into conflict with the organization that effectively created her.