It's been a busy couple of weeks so I am unexpectedly behind on my routine blog posts, but fear not...things will eventually normalize.

So for the last month or so I've been up to this: 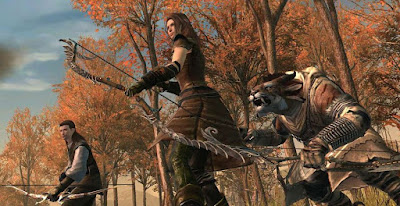 Guild Wars 2 has sucked me back in.....after lamenting the sorry overall state of the MMORPG scene in leading up to my Birthday I received the deluxe Path of Fire expansion. This prompted me to make a real effort to dive back in to Guild Wars 2 and...you know what? I really enjoyed it! Apparently its exactly what I needed right now for computer gaming, and the story structure of GW2 suddenly feels much, much more "user friendly" than all the other MMOs I have grown tired of. I especially enjoy not getting constant, endless quests from angry ghosts and snooty elves (TESO, you vex me!!!) and instead get to enjoy a quest structure that lets me wander and explore while also enjoying a personalized, semi-branching epic tale in which the NPCs are actively assisting rather than just making excuses to get you to do all the dirty work. Amazing!

Path of Fire is the second major expansion (following Heart of Thorns), and it is the first expansion in the history of the franchise to introduce mounts. The mounts are varied (five core varieties with a bazillion skins) and a lot of fun to handle....the mounts also have some combat tricks to them as well, and you can use them in any region of the game world. The only issue is you need to hit level 80 and start the Path of Fire campaign to unlock them on your character, but they make that easy....if you don't have an avatar at level 80 already the different iterations of the PoF expansion all include a token to start a character at level 80.

So far the story is amazing, and very in depth with lots of interesting characters. I never actually started the Heart of Thorns campaign, but it seems that this one directly follows it, so I stopped working on this campaign so I can get through Heart of Thorns first. But seriously....the story development, structure and focus is much better than all other MMORPGs out there. As a side note, if you were not a fan of the "framed" conversations of the vanilla GW2 campaigns they seem to have dispensed with that format and all stories are "in game"....at least, so far.

Anyway......despite my pessimism about the MMORPG scene at the start of the year, it looks like Guild Wars 2, at least, has managed to fill this void for me. Just in time, too! I have begun to at last get tired (a bit) of Tom Clancy's The Division end game, which is fantastic but also can only go so far with the main storyline ended.

Posted by Doctor Futurity at 8:52 AM