What Death Bat has Been Running Lately

Short post, but I just wanted to say that this year has been sufficiently taxing* due to a mix of work, family health and school issues (all the stuff I don't normally talk about on the blog!) that I have really grown to appreciate the idea of system loyalty....that fabulous notion of sticking hard and fast to just a few game systems that you grow to know extremely well. It also helps that there are so many games out there now that hit the sweet spot for me in terms of the right level of mechanical detail with the right level of prep time requirements.

Dungeons & Dragons 5E is a no-brainer here; you can spend an hour prepping and have three or four sessions' worth of material ready to go. Using stats from the rules is simple, prepping on the fly a piece of cake.

Call of Cthulhu 7E has become my de facto preferred edition of Basic Role Playing. The new mechanical contrivances, from bonus/penalty dice to the new skill approach (the normal/hard/extreme/crit ranges) are so useful and intuitive that it's hard to imagine a future edition of BRP that doesn't use this approach.

I really can't stress enough how much I like the changes in this new edition....it's been a much better overall play experience.

Traveller remains the best and easiest procedural RPG and remains un-dethroned in this capacity. The 2nd edition of Mongoose's version really has managed to hit that sweet spot for SF gaming.

Savage Worlds remains, as ever, the best pick-up-and-play anything system you could possibly ask for.

Swords & Wizardry White Box (specifically this White Box) will remain on my shelf forever as I wait patiently for a time to convince my group to go retro for a while. Likewise White Star will forever be my favorite OSR title and the best pick-up-and-play experience I've had.

My weekly games right now consist of a rotating D&D 5E campaign on Wednesday (we have one group exploring Galvonar one week, and another group exploring the Western Nakamura Isles and Mataclan the next) while on Saturdays we've been sticking exclusively to a long-running Call of Cthulhu campaign aimed at a vaguely Twin peaks vibe but 100% pure mythos in origin. We have two Traveller campaigns, one for each group, currently on hold but with plans to revisit the moment one of the active games hits a good pause.

I do dive in to new stuff when I can find time....I've enjoyed checking out FATE Core even though it remains outside my comfort zone (a bit) and I have recently been really enjoying reading the Symbaroum RPG, for example. I've even valiantly tried getting in to Starfinder although I concede that the rulebook induces fatigue and the game system itself, being Pathfinder, remains a tough sell for me to engage with anymore....it does not meet the aforementioned criteria of the "right level of mechanical detail relative to prep requirements" that I need....but it is interesting. 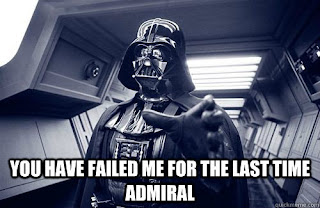 *so bad that I still haven't had time to fire up Destiny 2 yet!!!
Posted by Doctor Futurity at 9:29 AM