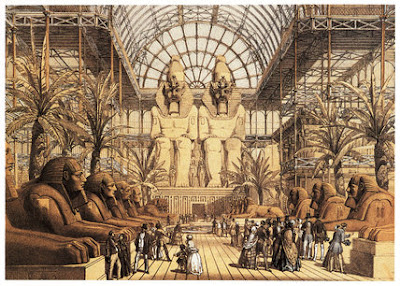 In this 46th year of role-playing games as a formal hobby we've got all sorts of fine tuned, precision level gaming engines out there for all sorts of things. Recently though I've been really getting back in to a deep dive on historical readings and the thought of running historical games has become all consuming. I've got campaign ideas ranging from revisiting my Mesopotamian campaign set around 2330 BC to a deep dive into England around 650 AD on up to my particularly strong obsession: the rise and fall of the rule of Akhenaten in Egypt from 1351 to 1334 BC. This is an especially interesting time period since a vast trove of diplomatic missives called the Amarna Letters exist, and these include a great deal of interesting insight into what was going on in this particular period of time. Never mind the revolutionary...some might say heretical....upheaval in religious tradition that Akhenaten implemented; there are all kinds of interesting stuff going on in this period in history.

Anyway, when I want to play something that involves exploring dark holes in the ground while fighting monsters both D&D 5E and Pathfinder 2nd Edition work really well for that. When I want even more cinematic excitement in that same vein 13th Age is a good choice. When I want science fiction Traveller is a basic default. So what is the best default for historical gaming?

A key element of a good ruleset for a specific genre must be that it supports what you want out of it. If the rulesystem provides only nominal coverage toward the genre then you may find yourself missing elements you crave. For my purposes, I define the historical genre like this:

Historical settings and themes work best out of necessity when the game system's underlying mechanics support the ideas of the real world. There are many systems which support cinematic or literary storytelling, but a suitable historical experience must at least feel like it is grounded in reality. Some systems let you take historical themes but are not really providing an historical experience in this manner (Cypher System and Savage Worlds are both examples of this). The obvious game systems for this sort of experience are: Mythras, BRP, Call of Cthulhu and GURPS. Each provide a mechanical framework for an experience steeped in "realistic" interpretations of things such as injuries, pragmatic human limits and physics.

Emphasis on the Mundane over the Fantastical

The "realism" must be supported well and in larger proportion to fantastical elements. If the system or setting of necessity feels like you're missing out if you exclude magic from the setting then it may not be an ideal system for historical gaming. The ability to define characters in terms of the mundane and make them feel relevant is critical; it does mean, for example, that the ability of a character to be interesting because the system provides rules for more in-depth skills is preferable to one where skills are less relevant. Combat abilities may focus in greater depth on what actually happens in real combat, and eschews fantastical or cinematic maneuvers; being good at blocking and parrying (and those being part of the process) will help with the historical realism; whirlwind attacks and fantasy parkour not so much.

Magic is of necessity either optional or irrelevant in these systems. The ability to provide for a form of magic that feels more like the way magic was perceived to work in the real world is helpful; the ability of the system to feel robust with no magic at all is even better. Whether you include magic or not, though, it's got to be with a system that does not overshadow the historical underpinnings such that it negates the intended value of the experience as you want it.

Of systems previously mentioned it  is safe to say the Mythras, BRP/CoC and GURPS all cater to this. However, of these GURPS provides the most robust means by which you can provide for elaborate characters and avoid magic entirely if desired. Alternatively when armed with GURPS Thaumaturgy you can pick and choose from a range of magical traditions designed to feel like the sorts of magic which our ancestors believed in (as well as others of more literary tradition). Mythras provides four types of magic, which often dovetail well with our modern interpretation of how magic might have been perceived to work, but also tends toward a more mythic and literary reimagining of such. Likewise, BRP is simply the original system from which Mythras evolved, and Call of Cthulhu is very much steeped in providing a historical experience tinged with the mythos, a literary construct.

Researching a game on your own dime and time can and is fun for those who want to do it, and historical gamers tend to fit that bill just fine. That said, the more ready-made content a system can offer you to help the process the better. It is almost redundant to point out that GURPS is the be-all and end-all for this sort of thing, thanks to a spate of almost two hundred historically themed books in the 80's and 90's. They moved away from such resources in print with GURPS 4th Edition, but still occasionally offer some useful content (Crusades, Silk Road) while keeping all the classic 3rd edition books in print....and the conversion work required is essentially non-existent, thankfully. Heck, many people use GURPS resources for other game systems as well.

Mythras also provides some historical resources, and you can find other systems out there that make varying efforts to do so, including some that engage in elaborate, fantastical depictions of historical periods such as Aquellare, a tome which must be truly experienced to be appreciated (or reviled, you pick).

Lastly, it is worth mentioning that a good RPG for this is not the same as a wargame by any stretch, nor should it be construed as such. For many, the most interesting elements of historical gaming are in the details of ordinary everyday living, experiencing a slice of time in an interesting historical period, and figuring out the many strange mysteries left for us in our own historical and archaeological records. Combat and military actions are just one piece of the pie, and a system which handles all desired elements may well suit those with such tastes the most.

For me, GURPS stands out as the system I can count on to provide the kind of historical gaming experience I want, especially if I want to keep it as far away from too much of the fantastical or literary/cinematic as possible. BRP is a close second along with Mythras, and Call of Cthulhu of course is excellent so long as you want to look at history through a sickly green Cthulhu lens (nothing at all wrong with that of course). Meanwhile certain very specific games out there provide some compelling historical experiences on their own...Aquellare is my most recent discovery, but there are others. What games might I have missed that fit this bill?

Posted by Doctor Futurity at 12:23 PM