Check them out, but these sample character sheets of iconic Pathfinder heroes in the 2.0 edition of the game are actually really nice, clean layouts and the information on them is both easy to follow and familiar in a way I like. Five have been posted so far with a sixth on the way, but here's the links:

Of note is the second page on each character sheet with specific rules details, and the inflated hit points for level 1 PCs....about twice what they normally would get. Beyond that, the skill ranges suggest that the skill system is not getting overly nerfed (near as I can tell) which is good, because a key selling point for me on Pathfinder remains its more robust skill system, something I feel D&D can't really compete with. 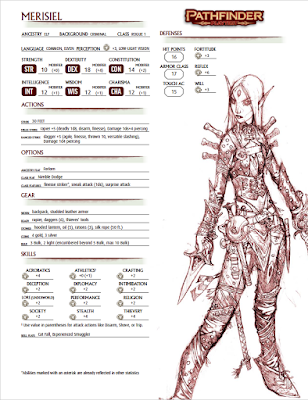 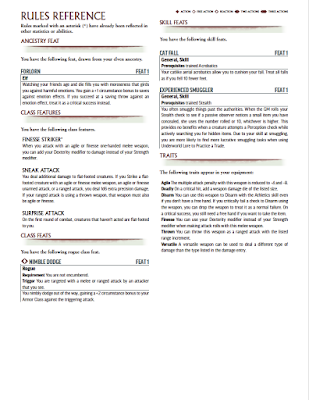 I'm increasingly looking forward to Pathfinder 2.0, and eagerly await the Playtest book when it is released.
Posted by Doctor Futurity at 4:55 PM

Email ThisBlogThis!Share to TwitterShare to FacebookShare to Pinterest
Labels: pathfinder 2.0