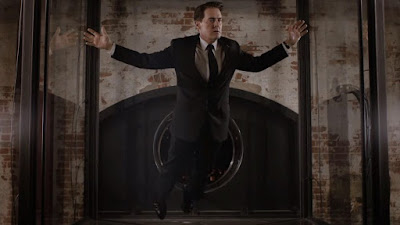 I'm only really aware of one specific RPG* which tackled the idea of surrealism as a core concept: Over the Edge. For it's time, Over the Edge was a masterpiece on how to represent the sort of trippy, not-quite-real experiences that were cultivated from the likes of William S. Burroughs, David Lynch and the Cohen Brothers (with a hefty dose of Burroughs influencing the setting). It was an effort to capture a unique sort of subgenre of film and fiction that was ramping up for a short time in the nineties, and in all honesty it didn't do too badly.

I was really in to the concept of surrealism in the 90's, particularly after a trifecta of exposure to the concept in the form of David Lynch's movies (Twin Peaks, Wild at Heart, Eraserhead), The Cohen Brothers' Barton Fink, and the film adaptation of William S. Burroughs' Naked Lunch (I had previously read Burroughs, but the idea of adapting his work to film....let alone gaming!...was not so obvious to me until I saw Cronenberg attempt it). I had a fair number of games, usually powered by GURPS (but at the time I was also heavily in to Cyberpunk 2020 and Dark Conspiracies) which were tainted by, or even completely immersed in the core conceits of the surreal, at least as best I could convey it in the medium of gaming.

Recently I wrapped a lengthy year-long campaign in Call of Cthulhu 7th Edition that was best described as "Weird Oregon," or "Something's Wrong in Coos Bay." It originally started out as a short game with a goal of starting a zombie apocalypse, Mythos style. Then it rapidly revamped in to a more conventional CoC investigation with shades of Twin Peaks: The Return influence, as I decided that it would be really interesting if this one region on the Oregon Coast had like, a dozen different intertwined CoC scenarios all going on and weaving in and out together, with a grad climax over a two month (in game) run being the 2017 solar eclipse. The game started about the time of the solar eclipse, and ended last week, so not a bad run for a CoC game! Only one character who was original to this game made it all the way to the end (with both life and sanity intact) so despite the fact that there is still more to do in the region, it will have to wait for a new, future group to explore.

This last weekend, in the wake of the CoC game reaching it's conclusion, I realized that I was A: not done with running modern scenarios focusing on the weird and horrific; and B: was still itching to do a more proper, direct homage to Twin Peaks: The Return. But...a bit more preamble.

If you're even remotely a fan of David Lynch and/or the classic Twin Peaks, and you somehow haven't seen Twin Peaks: The Return on Showtime (also out on DVD/Blu Ray) then you owe it to yourself to take the 18 episode dive into the "limited event" that serves as a third season with a precise 25 year gap between the 2nd season of the original show and this one. I won't belabor the plot points of this, but let's just say that the original show ended on a remarkably disturbing "evil wins big time" sort of cliffhanger and the entirety of The Return is spent wrapping that dangling plot in an 18 hour movie that is conveniently broken up into watchable chunks.

There are also two Twin Peaks novels, written like FBI case files, designed to fill you in on all the extraneous plot points a series this complicated can never properly address. If you're a fan, these are a must read. If you just like procedurals and High Weirdness then these are for you. 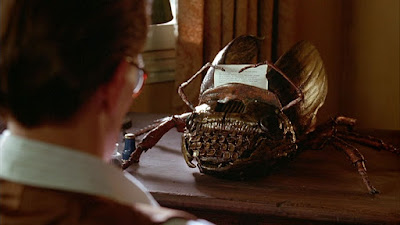 So, the thing about Twin Peaks (particularly The Return) that I want to pay homage to in the new campaign are along these lines:

Magic Exists in Modern Times: but it is elusive, hard to grasp, rarely exposed for what it is in a measurable way, and is otherwise impossible to quantify or measure in a scientific or rational manner.

The Spirit World Exists, but it is Weird: in the worlds of Twin Peaks the spirits, if you want to use that term, are very real but they appear to have a strange and interesting relationship with humanity, one which often brings people to interact with them in profoundly changing ways. There seem to be spirits who want to "ride along" and live through their hosts. There are spirits which need to replace you, like changelings or doppelgangers. There are spirits who want to help.....and there are also spirits who embody dire and stark elements of humanity, such as pure good and evil. And like magic, it is essentially impossible to understand, and as soon as you ascribe motives and direction to it as I did, something will cast doubt on that assessment.

Surrealism is the Medium By Which The Tale Unfolds: the core concept of surrealism is the notion of the "irrational juxtaposition of images," but to a greater extent, to honor the Lynchian elements of surrealism is to not merely juxtapose imagery but concepts, people, places and emotions. Surrealism can have moments of stark horror contrasted against almost simplistically irrational normalcy. Twin Peaks, for example, was an idyllic northwestern town of nice, simple people, and yet it was a center of the drug trade, and a spiritual centerpoint in what could best be described as a gateway to the Other (the Black Lodge) by which spirits benign and malevolent seek to interact with the local people, or even to escape. And it is clear from The Return that there are other "points of interaction" with the Other throughout the world.

The idea, though, is that this juxtaposition of sharp contrasts is important to convey the story. In Twin Peaks this is the simple but dramatic lives of the town residents, played against the background while key figures (Dale Cooper) find themselves faced with existential threats from The Other. To do this in the new game (I am returning once more to GURPS as my engine) the player characters will need to be the key figures, but they will be investigating something that is extremely Abnormal, the Other, which rests quietly among an otherwise mundane and idyllic town.

Surrealism AND High Weirdness are the Formula: it's not fair to throw all the weight on surrealism itself, which is a framing tool. Rather, it is also necessary to engage in the weird, the strange and the unusual. In GURPS terms, everyone is a Weirdness Magnet.

Each Player Will Have a Different Interpretation of Events: if the goal is to work, I feel that one of the best ways to pull it off will be to have each player enjoy the experience of the campaign, but ultimately arrive at a different conclusion about what they experienced meant, and what the events played out to be. This will be tough.....by nature gamer groups tend to work to consensus and try to resolve these plots. I had a certain degree of this mystery in the CoC campaign, but in the end they did find mechanisms and lore that allowed for a degree of consensus on what happened. If I pull the plot off for the High Weirdness game, then they will each experience the same story, but arrive at interestingly different conclusions.

As this experiment progresses I'll relay more. It will be interesting....my group has persevered and made it's way through a lengthy CoC campaign, and they did well, so I feel like this new GURPS Surreal High Weirdness campaign may well work as intended. Back when I used to run these in the nineties I had a diehard core of players who had all read and watched the same books and shows that I had, so we were "all on board." Now, thanks to the CoC game, I may have a group that is at least ready to accept what I throw at them..... 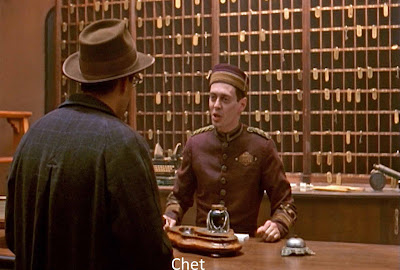 *I think Unknown Armies is a close 2nd, but it still provides a coherent narrative structure. You can accomplish surrealism in UA (as you can with CoC), but it's not the core conceit of the game.

Posted by Doctor Futurity at 9:33 AM

Email ThisBlogThis!Share to TwitterShare to FacebookShare to Pinterest
Labels: Call of Cthulhu, GURPS, over the edge, surrealism