For the last two years or so this has been just the sparsest, most random sort of blog. I used to be able to keep up! Three times a week, or even more....life has a way of making such commitments tough though.

Still, every now and then the urge to just write some fun nonsense overcomes me. Here are some random thoughts of note....

Time to get rid of e-waste! I think I can get rid of the Xbox Series X (and S). More accurately I may give my son the Series X and trade in the Series S. I'm just not doing anything with them. They have no meaningful exclusives that I can't get on PC as well, and I can't benefit from the Game Pass as I already own the games I'd want the pass for in the first place. My desktop and laptop PCs both out-perform the Xbox Series X consistently, which is not a good look. M'eh. At least this is one way I can cut down on electronic clutter in my home study!

Mothership Boxed is going to come out sooner or later, and a combination of new downloads has me pretty excited for the finished product....it looks like the new edition won't deviate as much from the 0E version as I thought it would, and the Warden's Guide is awesome. Speaking of which, for today only Tuesday Knight Games has 50% off 0E Mothership products if you don't already own all of them.

I've been diving more deeply into Vaesen. I think I will, contrary to early assessments, be able to run this game and quite enjoy it. The potential for some truly eerie gothic horror in a non-Lovecraftian domain is proving quite appealing. The Free League game system is just complex enough but also kind of stupid simple, and works well.

Steam Deck vs. Switch! I've had the Steam Deck for a couple months now. It has not buried the Switch, though I thought it might; I have still spent more time on the Switch when traveling than the Steam Deck. The reason, I realize, is because the Switch's game selection by and large caters to on-the-go, short stint play, and even the long games (Xenoblade Chronicles, for example) provide for a fairly quick in-and-out experience if needed. By contrast, I unwittingly loaded a bunch of hardcore games on the Deck, games which require time and focus to properly enjoy, so therefore make less than stellar game choices when on the go. My bad!

Speaking of Xenoblade Chronicles, I decided to at last tackle this series from start to finish (yeah you can check in at any entry, but I wanted to do it this way). I am about 35 hours in to the first Xenoblade Chronicles. It deserves a proper review when I finish, but I can state the following: casual mode is nothing to be ashamed about; I played it on regular settings until around 16 hours in when I was starting to find the combat really boring and repetitive. I read up on what Causal Mode did, and after trying it realize all it does is make the trite, boring combat go much faster. I could set it on hard mode, but the problem is I really just want to play this game to be a completionist; Xenoblade Chronicles 3 is the target goal, here. Anyway, the point is: Casual Mode is your friend if the idea of leveling up Colony 6 sounds like hell to you. If you are ready to drop kick the next Nopon that wants you to murder everything in the name of cuteness, then yeah, try Casual Mode, you won't regret it!

Skyrim and Fallout 4 on Steam Deck, though! Don't count it out, despite what I said earlier. I am getting further in Skyrim on the steam deck than I every have before, and random bouts of Fallout 4 on the Steam Deck are just great. Also, well worth checking out is Soul Hackers 2, which runs extremely well (so far) on the Deck.

Posted by Doctor Futurity at 4:41 PM 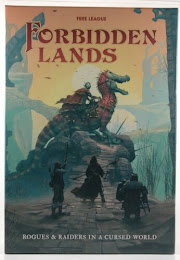 The Only Fantasy Gaming I Plan to Do in 2023 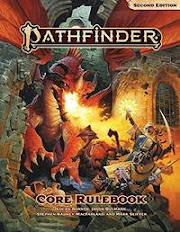 "I hear that Gum you like is coming back in style"