A few games on my "backlog" list I published what feels like ages ago -- since my last blog post I have both contracted and recovered from the latest variant of COVID (my first time! Thankfully I was on my fifth vaccine shot), and among the list is Vaesen, which after I dug it out of the backlog I have been reading quite a bit of. It's not nearly as grim and existential as, say, Call of Cthulhu, but it is an ambient and moody universe with lots of gothic potential. I am thinking hard of what I can do with it.

When I was in Florida earlier this year I stopped by a great game store and snagged most (but not all) of the Mutant: Year Zero lineup, with only some modules and Mechatron missing (a book which Ebay asserts only one copy was ever printed so be ready to pay hundreds of dollars for it--yeesh). Luckily every book in the Mutant series is a stand-alone take on a segment of the post-apocalyptic world, and the core book is pretty much "Gamma World, using the Free League rules." Genlab Alpha is for animal mutants, and Elysium is a rather interesting take on the idea of pure strain humans and the M:YZ idea of vaults....pre-cataclysm colonies beneath the earth who weathered out the bad times, but are in turn slowly depleting their resources and creating gruesome level of social strain on their internal social controls. Interesting stuff.

That's all to say that in addition to reading up on Vaesen I am prepping to run Mutant; Year Zero soon. Probably after the current Saturday Call of Cthulhu arc concludes and my co-GM runs the next arc of his Pathfinder 2E campaign, but it seems like a no-brainer to me. We had a lot of fun with my guest Gamma World games, but as seems to happen so often these days, I really do like a bit more meat to my game systems, and the old school stuff is fun for a palette cleanser, but no longer sustains for long term campaigns. Mutant: Year Zero appears to be just the fix I need.

Alien RPG is also still looming, and I also dragged Forbidden Lands out of storage, having all but forgotten I had been collecting it, too. Forbidden Lands looks genuinely interesting, but the problem with any fantasy game system is that I am so invested in my own worlds and pursuing their stories that I just haven't quite pieced together how I would cobble together my own style of campaign from what Forbidden Lands has to offer. The game straight up tells you in the opening chapter that it knows some GMs will use it for their own thing, but the rest of the game proceeds to provide you with such a setting integrated take that it is hard for me to imagine how to extract it in a useful way; made tougher by the fact that its own setting is sufficiently intriguing. What I am trying to do is reconcile my "desire to run my own fantasy world my way" with the book's cool built in setting and style, and see if I can somehow mesh the two. I worry if I simply try to run it straight that I will become disaffected with it and lose interest, but on the other hand I am trying to think of it more like how I run Call of Cthulhu, which is itself fully immersed in the mythos, but is my own specific take on modern day horror with a specific blend of features distinct to my take on what the mythos would look like in the 21st century, borrowing as I see fit from Delta Green, ufology, modern notions of the paranormal, and a reimagining of those things which made more sense in the 1920's and 30's but maybe less so now (example: K'n-Yan is not a giant cavernous realm below Oklahoma, but is an other dimensional space through which certain ancient portals found in Oklahoma can take you; Pluto may not be the actual Yuggoth, but it definitely is a staging ground for the mi-go; tcho-tcho are not a deviant asiatic humanoid species but are genetically modified subjects who's experimental history is ancient and cross-continental; stuff like that).

If I can do that: take the cool stuff in Forbidden Lands and then transplant it to something I can make my own, I think I can figure out how to use it. Because I do like the system, and I like how it structures a distinct exploration style of gameplay, and I would really like to try that out.

Free League also distributes (though did not write) Death in Space which I am still thinking about. I feel like I am too much into the "science" part of science fiction to fully appreciate Death in Space, which is a sort of eschatological space-fantasy treatment with the feel of grim SF wrapped around it. It has some core conceits I just don't like, in other words. You don't need all that stuff to make a good SF horror game, as Mothership proves again and again.

Meanwhile, back in the reality of "what I can actually run and find players for," D&D high level begins, hypothetically, tomorrow! Live! I hope I am not jinxing it (again) by saying this on the blog, as every other time I have triumphantly announced the return to live it ends up getting interrupted by work or illness, so fingers crossed.....

Posted by Doctor Futurity at 12:45 PM 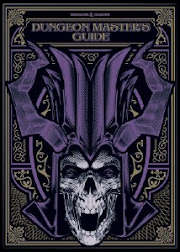 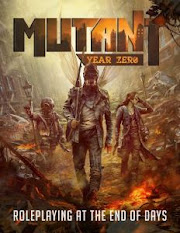