This was a weird year for me. Most of the video games I completed are not games released in 2020: I finally completed, for example: Doom (2016), Darksiders Warmastered Edition on Switch (could never get in to this one on the old Xbox 360), most or all of the Destiny 2 content for Shadowkeep and prior expansions not a moment before Beyond Light's release, replaying the Halo series for the umpteenth time, and even Rage 2 (somehow, yes) was wrapped early this year. Still more time was spent puttering around in various games without actually finishing anything (Fortnite, Destiny 2, Horizon Zero Dawn and others are the guilty suspects here).

So evaluating a Best Of list for video games is, as usual, a tough prospect. If I had to devise one, it would look like this: 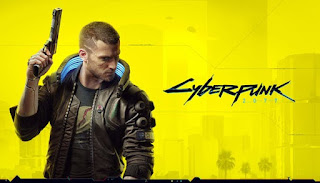 Despite the stories of game-breaking bugs my experience so far has been fairly pure. Alas, I am not done playing CP2077 and as a result feel like this has to be a huge "Best Game So Far" appelation as it's possible 40-50 hours in I may have watched my experience transform nightmarishly.

The next category makes sense: games which seem to be designed to persist as "services" which is the industry's way of saying "keep you playing and buying more content." Sometimes these games are good enough to play and even invest in, but as often as not I think the smart players flee when evidence of such a title rears up. That said, my picks are easy since there are only a handful of such titles I have invested in...

Best Game as a Service in 2020 That I am Still Tired of: Fortnite (sigh) 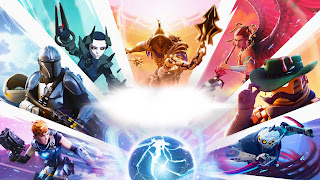 I'm actually back to being tired of Fortnite even as I still enjoy playing it, but to Epic Games' credit they have kept it fairly interesting each season and the pricing on content remains cheaper than usual, especially after their price drops following their legal war on Apple. A recent monthly subscription service actually provides some fair pricing for content, and so even as I debate finally (this sounds really familiar, like I wrote this all last year) at last cutting my ties with the game, it still remains the best "family game" to play. 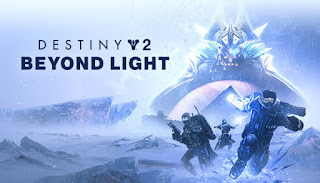 I love Destiny 2 and unlike Fortnite I am not burned out on it (though I play it lesst often specifically for when I feel like playing it, not because I feel like I am missing anything). I am not invested in their seasons and find much of their in game purchases inexplicable and difficult to discern what their purposes are outside of existing. As a result, I am able to remain focused primarily on the story parts and general experience of playing for fun and exploration. I haven't even tried PvP in Destiny 2 in over a year and half at least, for example.....I can simply ignore that part of the game. I know it's not like this for everyone, but for me it works great, and I avoid burnout.

However! There is a gripe I have: the game recently vaulted several planets, used a rather inexplicable "they done disappeared, wut!" explanation involving the pyramids which brought the darkness to the solar system, and then unvaulted some content from Destiny 1 effectively with minimal serious effort at changes. I wouldn't be bothered if Destiny was now "Destiny 3" and I could load up all the old Destiny 2 campaign content and play it again like I can original Destiny or, say....oh, I don't know...EVERY HALO CAMPAIGN EVER. But I can't, because Bungie wants to compete with Fortnite in the Games as Service market, and they want to keep the player base focused on current content and not split over multiple products, I guess. Still, it's a weird notion that the Red War campaign and its season follow ups are effectively gone, forever. Bungie....Epic can do this because in the end, Fortnite barely has a story, more of an "impression"of a story for kids to follow. But Destiny depends on that story content I feel, a lot more than it depends on the insane crazy player base that grinds those strikes and special events incessantly. Bring back those campaigns in some manner for me to play, please. 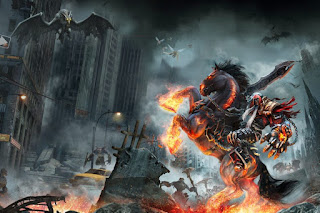 I really got in to the Darksiders games on the Switch, despite trying this one back in the old Xbox 360 days and being more or less nonplussed about it. I guess I had bigger fish to fry back then, but on the Switch this random buy proved to be a compelling experience. The old design of the first Darksiders is noticeable, especially after playing Darksiders II (still working on it), also on Switch, and being much more impressed at how fluid that one is, but overall I really enjoyed this game.

Runner Up: Crysis Remastered, which I admit to being a sucker for, and have replayed on both Switch and PC now. Get it on sale if you can. 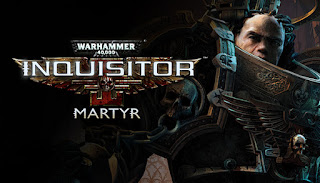 Warhammer 40K: Inquisitor is not a title I would have expected to put on this list, but it's the only title I've been obsessing about recently. I think it's earthy approach to the storylines, which somehow "humanized" the 40K universe for me, mixed with decent Diabloesque environments and combat have made this a monster of a game. I think it came out in 2019, but for purposes of "games I played this year" it's right up there. I snagged it on sale on PS4 originally then again on sale on Steam. If you like isometric ARPGs and want to experience a compelling take on the Warhammer 40K universe, I really can't recommend this enough.

Runner up: Warhammer Chaosbane is almost as good, and while it's a simpler Diabloesque, it's also a lot of fun and supports local co-op, which is something too many games overlook these days.

So there you have it! My list for 2020 is basically games that came out years ago, and one which has been plagued by a decade of development and a massive bomb of a release.