The Wild World of Handheld CRPGs 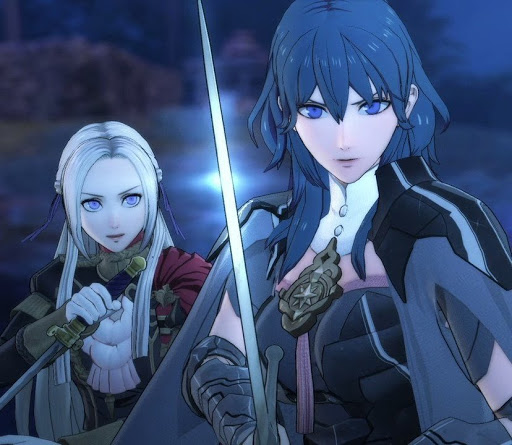 Technically I'm actually juggling between a combination of Nintendo Switch RPGs and an aging but vintage level of quality PS Vita RPGs. While playing a conventional JRPg (or even an isometric American RPG like Pillars of Eternity) on the PC or other console might feel a bit out of place, a really large number of these games feel right at home on the handheld consoles. Even though the PS Vita is dead, it's corpse lives on with occasional obscure digital releases and a host of classic titles stretching all the way back to the PS1 era. Thanks to my penchant over the years of picking up random stuff I find on sale, I realized I had a lot of PS Vita content yet to be properly explored....and likewise for the much more contemporary (and alive) Switch.

The advantage of many of these titles on a handheld console is that they tend to necessarily constrain their design to more bite sized experiences. It's not universal, but many more games on the handheld generation of titles tend to auto-save or allow for instant saving at any time with a much greater frequency than you might see in prior years. If you've ever been trapped in an hour-long cutscene in a Final Fantasy game, this can be a painful experience to simultaneously be faced with a great infodump in a game and also realize you don't really have time for it....again, not (always) a problem on many of the handheld editions of various RPGs.

This, however, is all about saying that earlier this year I was reviewing random Switch titles I was enjoying during the COVID-19 social isolation experiment--an experiment which is still ongoing, of course--and I thought it might be fun to get back to that. This time, with the eye on various RPGs on the console, and their merits as handheld experiences. Some of the titles I am playing on PS Vita are also available on Nintendo Switch or other consoles, so if I review one from that handheld's roster I'll mention where else you can find it since the PS Vita is sadly out of production as of March of last year (a 7 year lifespan).

Some of the titles I'm working on include Legend of Heroes: Trails of Cold Steel (PS Vita), Persona 4 Golden (both PS Vita and PC), Fire Emblem: Three Houses (Switch), Xenoblade Chronicles (Switch) and Octopath traveller (Switch). Older classics remastered such as Star Ocean: First Departure R have also been in the bevvy of RPGs I've been checking out.

Some of these games have a lot of merit. Octopath Traveller, for example, is a weirdly beautiful game which takes the sensibilities of 90's era JRPGs and merges them with eerie, 3D style graphics that make amazing use of lighting and perspective to make the pixel universe it depicts feel like you are looking into some sort of weird snowglobe, or maybe a miniature city in the window of some Christmas store. By contrast, Fire Emblem: Three Houses is one of the most impressive games I've seen on the Switch, mixed with addictive gameplay and compelling stories with shockingly good voice acting.

As I see it, for any good RPG on a console (handheld or otherwise) needs to meet the following criteria for success (with me, at least):

Remain Fascinating Beyond The Intro: Most CRPGs and especially JRPGs tend to have the first 1-3 hours down really, really well as solid and engaging experiences. They want to hook you on their game. However, the game needs to not only do well in conveying its world, style and overall entertainment value in the first two hours of the game, it needs to keep doing so. If you've played (or tried to play) a lot of CRPGs in the past you might also have noticed a lot of them give you an amazing start to reel you in, then dump you out into their considerably less exciting open world, or even worse, narrow closed world but with no obvious direction or focus to aim for. A CRPG which has a great start and then fails to deliver after that is a bad choice to go with. Examples of games which avoid this pitfall include just about any Final Fantasy (and more than a few I am currently playing).

Advertises Expectations: Sometimes, knowing where to go in an RPG after the initial setup is dependent on experimentation and possibly some genre familiarity. Other times, it's possible there are some unanticipated pitfalls which the game sets you up for without adequate explanation. In my recent playthrough of Star Ocean: First Departure R for example, after the game's initial setup (which is a great story about an isolated, backward planet which unexpectedly comes under a gruesome interstellar plague which turns its victims to stone), the story abruptly gets more relaxed and floaty....it lets you start wandering around, and it is quite possible to actively go to a cave which the game tells you about via a member of your group only to die a gruesome and immediate death. It may take two or three tries (ahem) before you decide to look up online to see what you're doing wrong, only to be reminded that the cave might require me to be much, much higher level....this is an artifact of the 90's design strategy, which was far less forgiving back then, and something I am fine with  --if I know about it! So once I adjusted my expectations to "not all areas of the map should be ventured to just because I can," I was good with it.

By contrast, Fairy Fencer F (a game I might never have tried under the assumption it was yet another super-goofy teen-focused JRPG but turned out to be quite fun) also has some "don't go here too soon" zones but oddly they are positioned right outside the main city. I am thinking the game is telling me I need to do something else first, but still unclear on what that is. Luckily the comedic, almost satirical fantasy world keeps me going on figuring that one out.

Coherent Mechanics and Optional Agility Tests: This is super important. If you can't figure out why things work the way they do in the CRPG's underlying system it could spell doom. As it happens, most handheld RPGs tend, on average, to skew to slightly more traditional mechanical designs. You are less likely to encounter really bizarre or nonsensical mechanics, which can become annoying or inexplicably frustrating. Most JRPG designers have this down: they often lead in with really simple mechanical processes for combat that are easily understood, then begin layering on the complexity over time.

The second part of the equation is the Agility Test, sometimes also known as a Quick Time Event, though not often described as such in RPGs. This is where the game gives you an extra perk or effect (or punishes you) if you do a button press (or presses) in time with a specific action in combat or the story. Sometimes its fine; other times it can make the game unplayable, especially if you're not the most dextrous person, or the mechanics are somewhat opaque, leaving you unclear on why or when you should be pushing the right buttons. Or worse yet, it's a genuine QTE meaning you have to take some visual queue and hope you do the sequence right and on time. An example of an egregious offender here (with a good solution) is Legrand Legacy, a western homage to traditional JRPGs like classic Final Fantasy titles. It includes a QTE mechanic to get the best effect in combat....and most people who leave reviews online love to complain about it, myself included, because it is so difficult to get the timing and randomized button presses down right. Thankfully Legrand Legacy includes an amazingly simple solution: the ability to turn the QTE event off and have it default to "you always succeed at the QTE" mode. If they hadn't included it, I would never have gotten as far as I did in Legrand Legacy, which is a really cool title with great graphics and story design, I might add.

Okay, enough general talk....next time I'll discuss a few of these titles in more depth. The good old days of sitting down and playing a CRPG through from beginning to end over a week or two* are long gone for me, but the ability to play on the go for 30 minutes here or an hour there is critical these days to my continued enjoyment of the genre, so I'll focus my reviews with that "short term" playability in mind.

*Looking at you, Final Fantasy VII!

Posted by Doctor Futurity at 4:47 PM