It occured to me I'd better get another guide out on this since I did a "part 1" already.....time flies when you're working too much to keep on top of the fun stuff!

Here's Five cool gamer-related gifts you can consider if you need a last minute purchase. As I am a well-rounded gamer into a plethora of content, this list will reflect the gamut from video games to paper and pencil RPGs, but absolutely will not talk war or board games because for some reason I have just never been able to appreciate the subtleties of the genre. To be honest, some of these will look like no-brainers as suggestions coming from me; anyone who follows my blog or games with me knows my predilections... 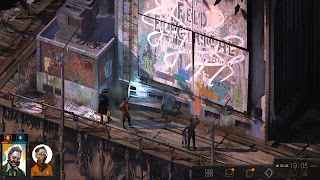 When I started playing this I was expecting another obtuse indie RPG which left me desperately wishing for something else, either more complex and realistic or more basic and down to earth.....indie RPGs are all too often extremly narrow in their taste range. Technically, Disco Elysium may have a narrow taste range, but this is by far the finest example of a well-thought out, excellently voice acted, graphically interesting RPG experience that is absolutely unlike anything you will have experienced. It has trace elements of other film, game and literary genres running through it, with your protagonist being a drunkard who may or may not remember being a cop while his inner demons literally hound him, to a deep, intense focus on a single region of a city in deep dystopian trouble. If you have ever watched Twin Peaks, read Blake Crouch, played Deadly Premonition and enjoyed it, then you owe it to yourself to pick up Disco Elysium. If you like complex and interesting character driven RPGs but will punch the monitor if it's yet another story of a sixteen year old blonde kid about to go on his world saving quest.....then you really need Disco Elysium, the ultimate palette cleanser. 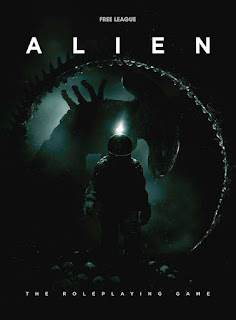 I just got my physical copy of the core book, dice and GM screen, but this is a graphically amazing game, a true coffee table set piece for fans of the Alien movies as well as an actually decent RPG. As I told my gaming group: I now have a game which by default lets me tell the stories I normally hack into my Traveller games anyway, but with lots of excellent, visceral art and specific details of the setting's universe. I will write more about this soon, but an excellent book releasing late in the year and well worth hunting down. 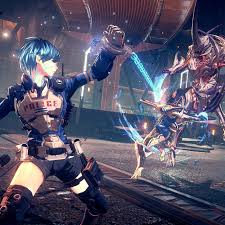 The only downside to Astral Chain is that it's a Switch exclusive, so if you don't have one then this is not going to be a useful gift suggestion. That said: if you have a Switch, or someone you are buying for has a Switch, and they don't have this game, then you simply can't go wrong. Astral Chain is a futuristic dystopian cyberpunk action title focused on a world in which a handful of trained agents with the ability to harness the powers of extradimensional beings that are invading Earth use that very power to fight the invaders. It's complex, interesting, has a compelling narrative and excellent mission structure and is just so hard to stop playing. Easily my favorite Switch game purchase this year, in a year absolutely crammed with good stuff. 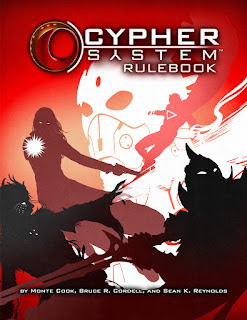 This is my permanent go-to system now for multigenre gaming, really weird settings, pretty much any game with my son (who is much better at understanding this game than any of the D&D-alikes), and it's the only system I feel like running these days aside from Pathfinder 2nd edition. Go figure! The Kickstarted revised edition was well worth the asking price, and is fully retro-compatible with the first edition; this changes nothing, just adds lots of extra good stuff and aims for a reorganizational approach to Cypher that allows for a bit more design flex while still being ridiculously easy to get in to. The first major support setting "The Stars Are Fire" also now out, focusing on SF gaming in Cypher. 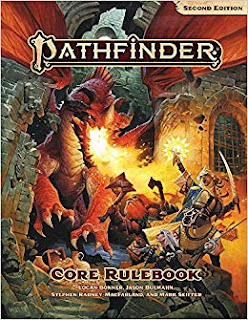 This has rapidly become my discerning preference for D&D-like gaming. Pathfinder's focus on refining the numeric shenanigans of its predecessors have led to an interesting level of depth, design and lethality that values my time as a GM, provides a wealth of options to the players, but still delivers hardcore on "adventuring is a dangerous business." Encounters can be rough, and we've had more deaths in PF2E than almost any other edition, but the encounters won felt actually earned. The game rewards strategic thinking in play, and while the character generation is robust it eschews the "hours spent min/maxing" headspace of PF1E in favor of getting down to the nitty gritty of doing things in actual play. And play is where it's at; my group can't stop playing PF2E, and we just can't get enough of it.