Week Two: On Various and Sundry-Swords & Wizardry, Singularity and 2020 sooner than we thought 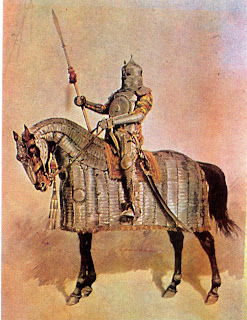 Okay, blog entry week two. I'm going to try and keep it focused on short and simple, some observations and/or comments on things of interest in the last week.

First up: on a matter unrelated to gaming (as such) but very much in the spirit of cyberpunk fiction, I've been really fascinated at the real-life cyberpunk stuff going on involving Anonymous and HBGary. Looks like 2020 is getting just a bit closer than we all thought...Ars Technica has some fascinating articles on the matter including a view from the Anonymous side and a look at the HBGary spy games that led up to the whole sordid matter.

I've grabbed a ton of S&W publications in PDF form and a few ordered in print form. I hope to review them all, but I am really impressed with John Stater's Land of Nod and Pars Fortuna, being both fun reads and full of inspirational content; even if you're not a fan of 0E D&D or S&W the world of Nod is basically a vast hexcrawl style setting that practically demands to be used, no matter what ruleset you adapt it to. Pars Fortuna meanwhile does for S&W what Arcana Evolved did to D&D 3rd edition, turning it on its head and reimagining the default setting in a decidedly non Tolkeinesque/non western fantasy context. Once I have my print copy (also got the PDF) I plan on providing a more detailed overview of this book.

My wife ran session #2 of her Swords & Wizardry adventure on Wednesday. It was a fun experience, although we ran in to a hard wall with a crack down memory lane...specifically, it was a shocking experience to be reminded of just how vulnerable characters could be in the early days, how important it was to "run in, kill the goblins, run away and spend days recuperating; repeat." We secured a clerical henchman to aid us in basic survival...a house rule to prevent instant death at -1 hit points was handy. It was an interesting experience overall, and reminded me that every iteration of D&D has both its virtues and its flaws.

Oddly, playing such a mixture of different editions of D&D over the last couple months has led me to realize that each and every one of them has something cool to bring to the table, as well as quirks and bugs. With S&W you have classic down-and-dirty adventuring where you start off as pathetically weak and strive over time to hack, slash bluff, bluster and sneak your way to power and wealth. With Pathfinder you have surprisingly competent characters but fate can be fickle at times. In 4E you have much more robust characters overall, though the world at large gets a power-up too (at least at Heroic levels of play), where resource management is rule number one, but in a completely different manner from older editions. Arrows, food...those are quibbles of the DM if he sees fit to implement them, but its all about managing your dailies, encounter powers and surges instead.
Simulating Near Death Experiences and Recovering Wounds in 4E

4E characters will hardly ever look as ragged and run-through-the-lawnmower as 0E characters potentially can! I am actually thinking of a rule to adjust that a bit, something that will reflect the dangers of suffering heavy damage over time. The idea is simple: each time a character hits 0 hit points, he of course starts making saves to avoid death marks. Whenever this happens, the character gets a "Death Mark" automatically, checked next to his surges. To remove this mark, he must spend all (maybe half?) of his newly recovered surges immediately after his next extended rest. He has the option not to, but so long as he doesn't, he retains that mark. Each time he reached 0 HPs he gets another Death Mark. When he gets his third mark, then there are no more saves, and he's dead. It's an idea, anyway. Death Marks could provide penalties as well; the first one could penalize skills and attacks at -2; the second bumps it to -5 penalty; the third one's penalty being death requires no modifier, of course...

I played and finished Singularity over the weekend. All in all it was about twelve hours of compusive gaming, compulsive I say because it was "just good enough" to complete but not good enough for me to really feel like I didn't waste my time. The average reviewer seems to be unusually generous in my opinion on this game; I think Yahtzee had a remarkably better assessment of the game's numerous flaws and missed potential, however.

I'd summarize it in a nutshell: the developers of Singularity clearly had this plan to make a better version of Halo, Half Life 2 and Bioshock, but missed the point of the games they were trying to emulate. In doing so they overlooked the amazing potential of their own concepts (the time reversal gimmick) and ended up gimping what could have been a really fun, sandbox-style experience. Imagine...oh...I don't know...Just Cause 2, but with the time glove and thematics from Singularity. That would have been a much more interesting game. Instead of a game with an amazingly interesting gadget, you had a game that gives you a finnicky puzzle unlock key.

Just for one example: imagine if you could use the time glove (or whatever it was called. All a blur now) to restore dead opponents. There are a lot of dead bodies lying around, and it's hard to see how the ability to reverse the wear of time and damage to an object would be any less successful or compilicated when applied to a human (hell, the game lets you do it to certain plant life). Imagine being able to build up a repertoire of henchmen who are thoroughly dedicated to you for reversing their deaths, or at the very least being able to save some of the countless people who perished on the island where the game takes place.

Anyway, Singularity was an average game with a huge amount of missed potential. I can't comment on the online experience; it was too dead for me to get a read, and honestly I'm not that fond of pvp styled non co-op online gaming anyway.